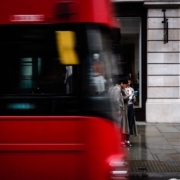 The spike in stabbings across Hounslow prompted the Copywriter Collective’s Fraser Bailey to recall his time as an advertising student in the area.

On 22 March 2019, 17-year old Abdirashid Mohamoud was stabbed to death in Isleworth, a west London suburb. He is just one of the numerous young people to die in this way across west London in 2019. As London’s murder rates continue to surpass that of New York. A couple of days after Abdirashid’s death, BBC Radio 5Live conducted an interview with a local youth leader. The youth leader had claimed there was nothing for local youngsters to do and highlighted the need for more youth facilities.

This is, of course, a regular complaint. But it resonated with me because I was once a young advertising student of limited means living in the area. Whereas, I have never been such a teenager living in Edmonton, Tottenham, Croydon or any of the other places where such stabbings routinely occur.

As such, I know what it is like to live there as a young man from a bog-standard comprehensive, attending a bog-standard College of Further Education. And I have some idea of whether or not there is ‘nothing to do’. Or if it is indeed necessary to go around stabbing people in order to pass the time.

Of course, one should first acknowledge that the area has never been, and probably never will be, an area overflowing with sophisticated cultural or entertainment opportunities. When I arrived there in 1984 its greyness was alleviated only, as I wrote to my parents, ‘by the colourful saris of the Indian women’. Thatcher’s reforms were already working their magic elsewhere in London. But Hounslow and its environs continued to embody the dull, suburban ennui of “That’s Entertainment” by The Jam. The brick that came through the window one evening when we were watching TV only served to confirm this.

Despite this, in the nine months between September 1984 and June 1985, while living in the depths of Hounslow profonde – otherwise known as Hounslow West – I found it perfectly possible to fill my time with a plethora of activities and entertainment. So much so that, looking back from middle age, one marvels at the energy required to fit it all-round a full-time college course (four and a half days each week) and its related evening workshops in central London, along with working in the bar of a bingo club three nights a week.

For a start, I saw half of the world’s best bands of the time (The Fall, REM, Jesus And Mary Chain etc). Including The Pogues on about seven occasions. All at venues easily reachable from Hounslow. Well before taxi apps and all-night tubes made it easier to get home. I was also to be found at the theatre quite often. Not least the Royal Court where I saw a young Gary Oldman in a revival of Edward Bond’s social-realist plays of the 1960s. (All I can say is that one has a high tolerance for such progressive nonsense at that age). The Watermans Arts Centre in Brentford, close to where the unfortunate Abdirashid Mohamoud lived, offered a lively programme of plays, performances and films. And we sometimes went to the cinema in Richmond. 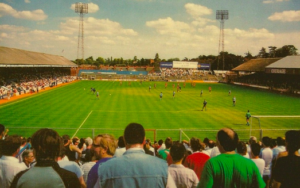 Popping along to QPR on a regular basis was easy enough, and I saw Derby County (and sometimes Stoke City) whenever they played in London or the southeast. Those were the days of real fans in real grounds. I was punched in the face at Reading. Terrified when I went to Millwall for the first time. Was present at Stamford Bridge for the League Cup semi-final in March 1985 when the Chelsea fan ran onto the pitch and attacked Clive Walker after he’d scored for Sunderland against his old team. Halcyon hooligan days!

Then, of course, there were the usual student parties and the like. At which I can be fairly sure that the (mild) drugs were not supplied by murderous gangs. Rooting around Hounslow’s charity shops unearthed gems such as John Coltrane’s ‘Ascension’ and Captain Beefheart’s ‘Safe As Milk’. The second-hand bookshop near the entrance to Osterley Park was always a delight. We went to the muddy dystopia of Glastonbury. And later that summer to Berlin (West and East) in search of Einsturzende Neubauten.

Twickenham abuts Hounslow and I attended both Five Nations matches there that year. As well as the first Freight Rover Cup final at Wembley. I played football once a week, tennis once or twice, and attended gatherings of the Derby County Supporters Club London Branch.

But, you might say, everything was cheaper in those days and you had the benefit of a full student grant. Well, I can assure you that there was bugger all left over after paying for the necessities of rent, food, travel, art supplies and clothing. Hence the need to work three evenings a week and even that wasn’t possible during internships (or ‘placements’ as we called them).

And not everything is more expensive today. Looking at the website of the Waterman’s Arts Centre in Brentford I note that the prices for tickets, food and drink are very reasonable by London standards. Moreover, it continues to offer an interesting selection of contemporary and historical films. Not to mention a variety of live events and exhibits. There are certainly enough options to keep young men like Abdirashid busy for a couple of nights each week. Equally reasonable, and no more expensive than the 1980s taking inflation into account, are the ticket prices for Brentford FC.

And don’t forget that young people from the area are living at home, spared the cost of rent and food. Streaming services make it easier and cheaper to consume music and film. Clothes and consumer goods are relatively (and sometimes actually) cheaper than they were 35 years ago. Taxi apps and all-night tube trains at the weekends make travel to other parts of London more viable.

Earning the money to pay for it all seems just as easy, if not easier. (Officially there were about three million unemployed when I was at college. Although, of course, there was work for anyone that wanted it). The bingo club in which I worked seems to have disappeared. But there are plenty of shops and fast food outlets in the area, as well as an Ibis hotel. Even the Waterman’s Arts Centre has a vacancy. My guess is that working three shifts a week at somewhere like KFC would yield around £120 with no tax to pay. In this era of a rapidly rising minimum wage, and a high personal allowance.

Indeed, it seems to me that the only sense in which it might be more difficult for young people these days is the cost of major sporting and entertainment events. Just one evening working at the bingo club would have paid for both my Twickenham tickets. You would have to spend a few evenings working at KFC to buy those tickets now. Equally, one is staggered by the sums that people cough up to see the likes of Drake and Ed Sheeran. (And that’s before all those appalling online scalpers get involved).

All things considered, I sense that teenagers in the Hounslow area in 2019 are no worse off than I was. Either financially or in terms of the employment or entertainment options available. As such, there is no need, and no excuse, to further indulge in the national sports of stabbing people or complaining to the BBC. Moreover, I would give anything to be back in Hounslow. 19 years old and heading off to another historic Pogues gig. 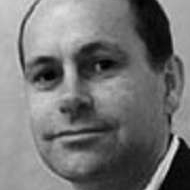 Fraser Baily is a native English copywriter in Amsterdam and creative (director). Baily has vast experience across all sectors and media, including social media. Recent clients include AkzoNobel, ING, Nike, IBM and Atos. 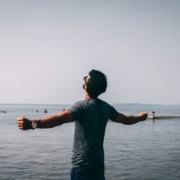 Freelance copywriting: does it make you happy? 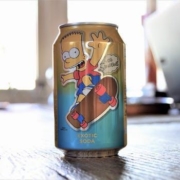 10 years with the best English copywriters 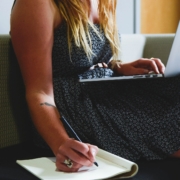 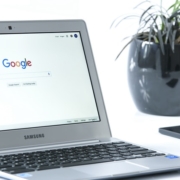 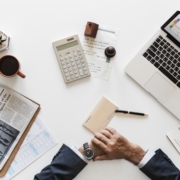 How to get paid as a freelance writer