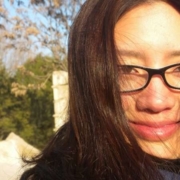 “Wild goose, some leaves…” If I ever remember what’s in that ‘poem’ I wrote at age 6, I could sell myself a lot better than now.

I learnt to read and write early. My grandfather taught me with his own method, from spring festival door couplets to traditional Tang poems. While my Grandma regaled me with Tao religious stories before bedtime. They were a little raw, but great.

I was intrigued when I read that ‘advertising is a combination of business and art’ while hanging out in a local bookstore after college entry exams. As an early advertising graduate in 2006, I didn’t have much competition as the country didn’t have many advertising programs in their universities. I went to the best agency in town. And by the second year working there, my writings for real estate billboards were all over the streets.

Then I was off to Beijing. I had a goal to enter the 4A agencies that everybody dreamed of back then. It was harder than I thought. I spent 3 years working at a local design firm, serving clients like Motorola and Li Ning on their Retail Marketing. Then I spent a year trying to do some art exhibition curation and magazine editing, wrote a screenplay, some short stories, and then came back to the agency life and started working at my first 4A agency: DDB.

I realized that ‘Chinese copywriter that speaks English’ kind of became my label. I worked closely with creative directors from England, The Netherlands, and Australia while at DDB, DMG, Publicis, among others. The longest client I had was Volkswagen. So I was very familiar with VW’s history of funny and human-oriented commercials and took part in almost all of their new car launch campaigns in China during 2010-2014.

When LinkedIn became popular in China, I started getting freelance work from foreign agencies. Most were adapting English lines into Chinese, and they still are now. While most copywriting from my Chinese clients are long web content, I really enjoy playing with words when adapting between two languages, especially in my work for Tiffany, Nestle, UPS, TD Bank. Concepts, booklets, websites, a little bit here and there.

I was also one of those marketing people that wanted to have something tangible. In 2014, I went ahead and opened up a café with my own slogans and branding. During those 3 years, I spent quite a lot of time crafting customer service skills besides finding marketing ideas on a low budget. In the meantime, I still made a living out of my freelance writing jobs when the business wasn’t bringing in any income.

Soon after, I had my super-difficult-to-raise son. So my favourite clients shifted from jewellers and luxury cars into healthy snacks and herbal laundry detergents.

Then after all these storms, I moved to the US in 2019. More storms, right? Like other freelancers, freedom is our love and pain. We can live anywhere in the world, but we feel so isolated when everybody else is at work. While I am writing this, I am looking at pretty fall leaves in our backyard and wondering where to buy fish head to cook some authentic food. But most of the time I work every day, and especially in the mornings, trying to catch up. In suburban life, it’s easy to feel slow and behind. The truth is, I am 5 hours behind Europe and 12 hours behind China. I gotta run faster. 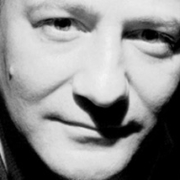 Simon-copywritercollective Copywriter of the Week : Simon 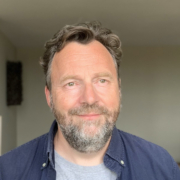 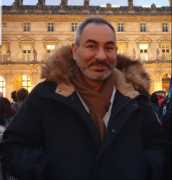 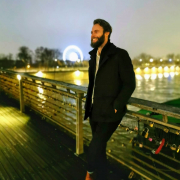 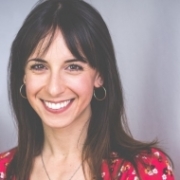 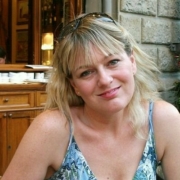 Lindsay-copywritercollective Copywriter of the Week : Lindsay Deidda
Hire a freelance copywriter Get your copywriting course

How to show you’re productive when working remotely