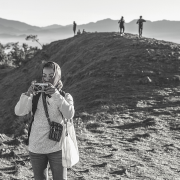 Covid-19 hit the entire world like a tidal wave, and small businesses, in particular, were in danger of drowning in the flood. There has been a lot of focus on the world’s largest economies, but how are businesses in small economies faring? Belize is a small country in Central America, English speaking with a Caribbean coastline. Belize has a population of around half a million. It has the second-lowest per capita income in the region, after Haiti. And has a high level of unemployment at the best of times, and relies heavily on tourism. Tourism came to a screeching halt back in March, and there is no date for its return.

When the first Covid-19 case, imported from the US, was detected, the government swung into action with a series of strict measures. This included a curfew, shelter in place orders, the closing of most businesses, mandatory social distancing and wearing of masks, and crucially, the closing of the borders. With 18 cases and two deaths, Belize is now safe from Covid-19, and restrictions are gradually eased. However, there is a big question as to when the borders can open again.

With heavy reliance on tourism, many people who earned a reasonable living in the industry find themselves unemployed. Tour guides, hotel and restaurant workers, people selling crafts at roadside stalls, farmers supplying the tourism industry with food, taxi drivers, and all the many associated workers, suddenly found themselves in some cases literally having to beg for food. The government put a limited aid program in place, giving BZ$150 (US$75) to qualifying families every two weeks. (This is in a country where many costs are equivalent to or higher than in the US). Churches, NGO’s and individuals rallied around to help feed people with the staple diet of rice and beans.

But Belize is an enterprising country full of hard-working people. So, many businesses found ways to reinvent themselves while at the same time living with some pretty severe restrictions. 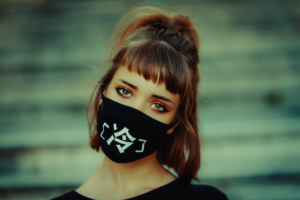 One of the first things which happened was the establishment of a mask making industry. Belize has little or no manufacturing, so this grew informally out of a Facebook page where women exchanged patterns and ideas for mask making. One of the first clients was the Belize Ministry of Health, who were happy to accept donations of cloth masks for hospital workers not directly in touch with Covid-19 patients. (In a poor country, even the government takes what it can get!). These masks were donated, as were many others for essential workers, the police, and the poor. But people also made masks for sale. Naturally, it was not long before people decided that masks could be a fashion statement, and masks sporting Belizean flags, the colors of the Garifuna people (black, white, and yellow) tropical themes, Rasta colors (Black, green, gold, and red) and more. 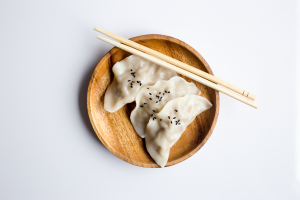 High-class restaurant to take out

At the start of the pandemic, even take-out food was not allowed in Belize – a country that lives on take-out food. Restaurants heading into the height of the tourist season suddenly found themselves with zero income streams. Even laying off workers didn’t solve the problem, as a closed business eats money almost as fast as an open one.

Many restaurants that had focused on the tourist trade moved from high-end dining to cheap and cheerful food-to-go. Locals who had never ventured through the doors of these classy establishments found themselves suddenly welcome. And they enjoyed some of the new kinds of food which were suddenly available to them at an affordable price. 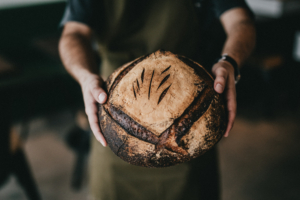 With absolutely zero money coming in, and no government bailouts, owners of small resorts had to turn their hand to anything they could to keep body and soul together. One such resort and restaurant owner is a keen baker. She turned her kitchen into a bakery and began delivering bread to the local community. She also started up a stall at the local Farmers’ Market, which continued to legally stay open despite the virus. Yet another resort owner turned her hobby of growing orchids into a small garden nursery business.

At the same Farmers’ Market, several new businesses are selling their wares. One such belongs to a mechanic, whose mechanic shop closed due to the pandemic. And at the same time, his wife lost her job in sports administration. He turned his hand to making garden furniture and small ornamental items for the home. He does the making and his wife does the selling, and the new little business is thriving. Many people stuck at home still have some income and the stay at home order has encouraged people to spruce the place up!

Within a few weeks of the declaring of the State of Emergency, the leading liquor manufacturer in Belize, Travellers, was producing hand sanitizer. It recognized that it had one of the main ingredients, alcohol, as well as production and distribution capabilities. And at lightning speed, it was able to begin producing the much-needed product at a reasonable price. 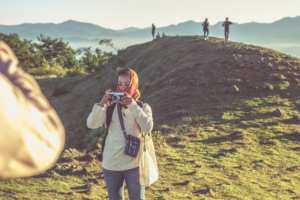 While some of the larger international companies have shut down their resorts for the foreseeable future, resorts owned by Belizeans have struggled. In recent weeks, they have been allowed to reopen for guests. And they have created affordable packages and deals for middle-class Belizeans.

This has proved very successful; everyone is, of course, ready to have a change of scene from their own four walls. Long-distance travel is still discouraged. But Belize is a small and beautiful country, so most people have a nice resort within easy reach.

Overseas tourists generally want to experience jungle adventures, cave tubing, fishing, diving off the reef, exotic beauty treatments and other income earners. Belizeans by and large want to linger by the pool and enjoy comfortable surroundings. So the income streams available are very different. The focus is on filling the rooms rather than optimizing income – anything to keep the place going.

Some resorts are even working with volunteer staff until the economy picks up a bit. Many resorts and restaurants have supplied laid-off staff with food to keep their families going. And their generosity hasn’t gone unnoticed. Unfortunately, Belizeans are not known for being hearty tippers. So many of the staff are getting their meals and not much else for the moment. It is a tribute to the loyalty of business owners and employees that they are willing to work together to try to build the country up again.

In a small country with little in the way of resources, it’s up to the people to try to work together to deal with whatever disaster comes along. Big government is not going to come along and help. People have to find a way to make a living. Even if it’s very far from what they are used to doing. Covid-19, though very unwelcome, has given some people a brand new direction for their business. It will be interesting to see what the future holds for a young country that can no longer rely on its number one income earner: tourism.

Above anything else, Elise loves playing with words. She spends her working hours guiding writers to run a successful freelance business, while occasionally blogging over at HireWriters. When no one is looking, she bakes a mean Tarte Tatin and stuffs her face with soup-filled dumplings. 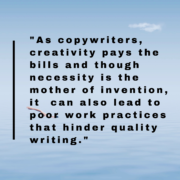 mojoworking-copywritercollective Copywriting and Covid-19: How to keep your mojo working 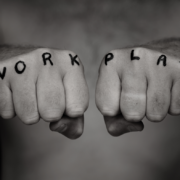 ParentWorking-copywritercollective Are you a parent working from home? How do you manage your life-work balance? 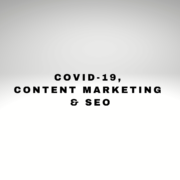 contentmarketing-copywritercollective How does the COVID-19 outbreak affect content marketing and SEO? 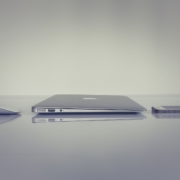 7 Tips for freelancers to stand out in the gig economy 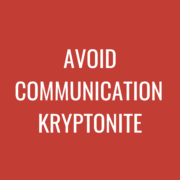 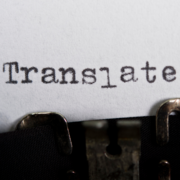 Copywriters: Are you charging what you’re worth?