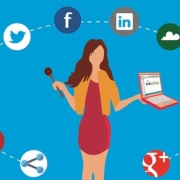 “Marketing is the art of creating genuine customer value. It is the art of helping your customer become better off. The marketer’s watchwords are quality, service, and value.” –Phillip Kotler

Marketing has developed a bad reputation.

It’s a term associated with greed, dishonesty, and insincerity.

Urban Dictionary, a comical online dictionary that offers more connotations than direct definitions, defines advertising as “the tool of the devil.”

But, as with all jokes, it wouldn’t be funny unless some people believed there was truth to it.

The fact of the matter is that many people think of marketing as deceitful and a even a little bit slimy.

Unfortunately, there are hundreds of companies out there that contribute to the undesirable reputation that surrounds marketing.

Let’s look at just a few of the high profile cases that have engaged in dishonest marketing practices: 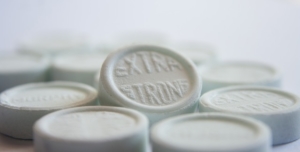 Airborne claimed for years that it could help prevent a cold or the flu.

I believed it; I just bought a pack of Airborne a few months ago when I felt a cold coming on.

As it turns out, there are no proven health benefits to using Airborne, and the company was forced to pay a $30 million settlement in response to lawsuits.

A few years ago, Olay used an air-brushed model to demonstrate the results of using their eye cream.

Twiggy, the model in the advertisement, is about 60 years old though it certainly doesn’t seem that way.

Their advertisement tricked prospects into believing that Olay eye cream could make a customer look drastically and significantly younger.

That just wasn’t the case. 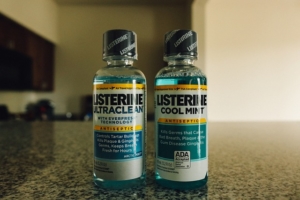 This may be one of the most ridiculous false advertising scandals out there.

Starting in the early 20th century, Listerine was advertised as a cure all for colds, sore throats, and a way to protect yourself from cuts and bruises.

Needless to say, the public eventually caught on and forced Listerine to change their advertising campaign in the 1970’s.

These companies, and hundreds of others like them, have given marketing a bad rap.

And, that’s why the general public generally mistrusts advertising.

According to the results of a research study conducted by YouGov, only 3% of Americans trust advertisements, while 11% don’t trust them at all.

This means that whenever you market your small business, you have a big job in front of you. You need to overcome the incredibly negative perception that exists in the minds of your prospects.

And, that’s a tall order to fill.

The good news is that deceptive and manipulative advertisements don’t work and the general public sees through these types of dishonest tactics immediately.

So, luckily you don’t have to resort to a “used-car salesman” approach to market your product or service.

Instead, you need to view marketing in a whole new light.

Marketing is not about tricking your customers. It’s not about making false claims. And it’s certainly not about lying so that you can make a sale.

Great marketing is interested in providing solutions to your customer’s problems.

Great marketing is about being:

And great marketing is the only way to gain loyal followers and fans who will spread the word about your product or service.

Nowadays, great marketing is the only way to stay in business.

Let’s look at a few marketing campaigns that exemplify characteristics of great marketing:

But, instead of pretending that the problem didn’t exist, they embraced their past failures with a campaign entitled, “The Browser You Loved to Hate”  and worked hard to change consumers’ minds.

The campaign was incredibly effective and helped create an active fan base around Internet Explorer 9.

Dominos decided that complete transparency was the best way to change this perception.

So, Dominos gathered feedback from their customers and shared the results.

Then, they freely revealed how how they were going to change their recipe.

After viewing the campaign, you feel like you know this corporation just a little better. More importantly, you root for them and want to see them succeed.

Dove’s 2013 campaign ,”Real Beauty Sketches”, was one of the most memorable ads of the year and encouraged woman to believe that they are more beautiful than they realize.

The sketch described by someone else was almost always more beautiful, indicating a problem with body image.

It engaged their audience and made them rethink their definition of beauty. 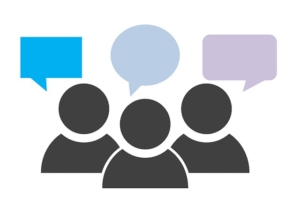 Conversational marketing has taken on a whole new meaning since the explosion of social media.

Companies and businesses that take advantage of social media are able to engage with their prospects at a higher rate than ever before possible.

One of the most visible, recent social media campaigns was when the Human Rights Campaign posted themarriage equality symbol on its Facebook page.

The symbol exploded and began to appear everywhere on Facebook: in groups, on pages, and as profile pictures.

The Human Rights Campaign succeeded in gaining massive visibility for their campaign.

More importantly, they got people involved in their conversation and spreading the word about their cause. 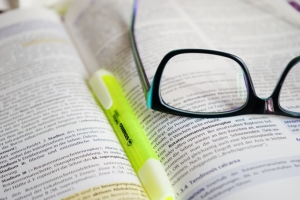 Many different companies are incorporating education into their marketing efforts.

Indium, a company that manufactures products for the electronic assembly industry, launched a blog filled with educational resources called “From One Engineer to Another.”

And, since the creation of their blog, Indium’s leads have skyrocketed.

Offering educational material established Indium as experts in their field and convinced their prospects that they had answers to their most pressing problems. 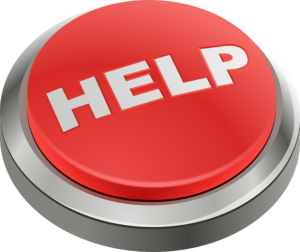 Phoenix Children’s Hospital created an app called the Car Seat Helper that helps parents determine which car seat is best for their child based on height, weight, and any special needs.

The app was extremely popular and undoubtedly gave the hospital more visibility and credibility.

Helpful campaigns establish a trusting relationship with prospects and make it much more likely that they will become long-term customers.

So, why do we need great marketing?

There’s already enough deceitful and misleading marketing practices out there.

And it’s not always the big corporations that engage in false advertising.

Small business owners can fall prey to making empty promises in order to get the sale.

But, the truth remains that the general public recognizes false advertising immediately. And, once you’ve mislead them, it’s almost impossible to get them back.

As small business owners, it’s our job to change the negative perceptions that surround false advertising.

The only way to accomplish this is by constantly striving to solve our customer’s problems by being truthful, transparent, engaging, conversational, educational, and helpful.

How have you encountered false or deceptive advertising and how did it make you feel?

About the author: Jessica Swanson