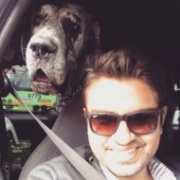 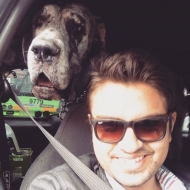 I’m a copywriter, you already know that. But did you know that Michael Jackson and I share the same birthday?… Anyway, let me focus and tell you more about myself for you to consider having me in a project, unless the MJ fact was enough… Well, I`m from Bogota, Colombia. Younger brother of two and uncle of Federico. I share my apartment with a nearly dead Bonsai Tree. I’m a coffee addict, Seinfeld weirdo fan and think of myself as a 31 year old Boris Yellnikoff, not in the genius way.
It´s been 10 years since I first stepped in an advertising agency, but I like to think this is only the beginning. It all started when I accepted an internship at Leo Burnett as an account executive just to get in. Six months later after fooling no one, they realized I was a copywriter in sheep´s clothing.
7 years went by and in that time, I made some bad, good and great work (In that specific order)with some bad, good and great clients (In no particular order). It was the best school I could hope for. I even had the chance to go for the first time to Cannes lions 2014 when I won Leo´s Burnett Cannes Predictions 2013. 5 days of party, world cup matches, booze and one amazing talk (maybe it wasn’t amazing but was the only one I went to). 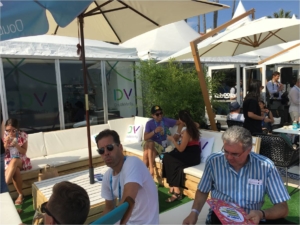 Cannes Paparazzi
I’m in Grey now and in 4 months, I will have completed 3 years here. It was the best decision I could´ve made. I had to basically start over, get out of my comfort zone and reassure this is what I love to do. Nobody cared who I was then, and I behave like still nobody cares. It´s just like Drake puts it, “Started from the bottom now we’re here”, and by here, I mean just a little bit higher.
This year I had the opportunity to go once again to Cannes Lions thanks to my Silver Medal in Young Lions Film Colombia (for the record they didn’t want to award Gold Medal so this year best work in Film only got Silver). It was amazing to go back. This time, a 4 years older and more academic me, got to hear some amazing talks and compete in Young Lions Film representing Colombia. I didn’t win there but I’m very proud of the work we delivered in less than 24 hours. 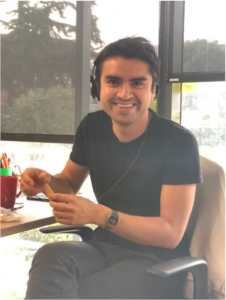 At work
Writing this bit about my life for a Freelance community it´s awesome but also strange coming from someone who’s career has been mostly as a creative agency employee. The thing is, that in Colombia it’s not easy to make a living as a freelancer, and it’s even harder if you are a copywriter. Sometimes it’s just not valued, everyone thinks is a copywriter just because they can write and read.
So, what’s the secret? I talk in my sleep. And copywriting wise there isn’t one. I just love what I do. I don’t have a special formula to solve briefs or think about campaigns, I just write everything that comes to mind for a couple of days until something starts to look unique. If you ask for my best skill, I would have to say good criteria. If you don’t push yourself to constantly do something better or have the balls to throw away perfectly decent, on brief, good and even really good but not good enough ideas, it’s impossible to achieve greatness.
I haven´t achieved all I want to in the industry, so I use it as a constant reminder to never stop. Humour comes naturally to me so it´s very likely to see it in my work or anything I’m involved in. I am Diego. Shout my name three times I might appear. 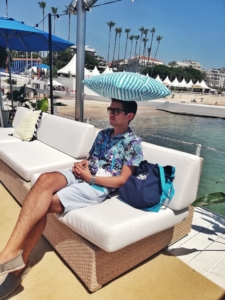 Copywriter of the week : Adria Triana

Copywriter of the week : Heather Brown
Scroll to top /n/r/n/r