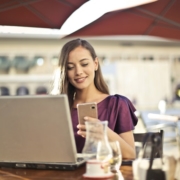 Hey there! I’m an intern at Victors & Spoils, an advertising agency in Boulder, Colorado. Welcome to ad life, a world of sweat, tears and iced coffee. Expect bad puns by the boatload.

As a self-taught creative hailing from biz school, my lack of agency experience has resulted in a few burns from being thrown directly into the fire. But just as you can’t make an omelet without breaking some eggs, you can’t make a kickass kielbasa without a flamin’ charcoal grill. Where am I going with this?

Anyways, below are six things I’ve picked up on since starting. The Copywriter Intern Commandments, if you will. Follow at your own reward. 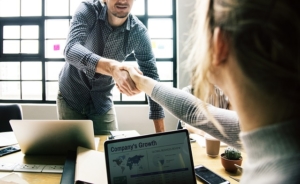 Death, taxes, regretful Tinder dates and ideas getting axed. That’s the life of a #millennial creative. The punchy line I thought was a surefire winner? Its legs couldn’t carry it across the start line. What about the pun so bad it was actually good? It really was that bad.

But with rejection comes knowledge. The single most important piece of feedback I’ve received thus far deals with tone. Every idea, every line must rest comfortably within the confines of the brand’s voice. Take FIFA, for example. They’d be prudent to lay off the Vegas references for now. Or forever.

Understanding what works and what doesn’t extracts the quality from the quantity. Perpetual rejection and feedback increases the quantity of quality. Although it is impossible to reach the point where quality is quantity and quantity is quality (confused yet?), I’ll be giving it my all trying to get there.

2. Communication Arts annuals are worth their weight in gold.

I asked one of my mentors what he does when he’s stuck in a creative rut. His advice? Look through anthologies of award-winning work. I’ve done just that. The stuff is incredible and inspiring and inimitable and did I mention incredible? It certainly gets the creative juices flowing.

Up until now, I’ve kept my distance from Pinterest for reasons obvious to 50% of the population. But after seeing other interns using the platform to come up with wicked cool ideas, I had to check it out. I’m not going to openly admit the hype is real, but if I was a pickerel and Pinterest was bait, I’d be out of water, placed on a plate for a Portland potluck. Presumably prepared using a Pinterest recipe.

I *probably* will never post my own #OutfitOfTheDay or re-pin flower-adorned dreamcatchers, but Pinterest is now firmly entrenched as a channel for inspiration.

And speaking of unexpected sources of genius…

4. Ideas come from anywhere and everywhere.

C? You get the idea. 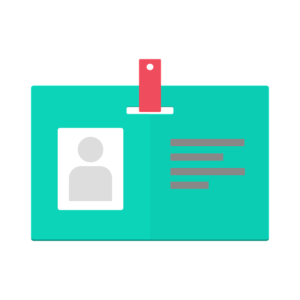 The common theme when I ask creatives how they turned their internship into an entry-level gig? Going above and beyond. In my first week, I’ve already experienced a period of inactivity when my mentors didn’t have anything for me. Instead of scrolling through Jen Selter’s Instagram like a normal guy, I approached another creative and asked if I could be of help. I was briefed in on a new project, and some of my lines were sent off to the client!

There is one thing to keep in mind: it’s easy to put too much pickerel on your plate. I hate to bring up the quality vs. quantity mind eraser from earlier, but I’ve been told half-fast work that is rushed is obvious and reflects poorly. Makes sense. It’s a delicate balance, one that will take waaaaay longer than 6 days to figure out.

6. Getting coffee is great. Getting drinks is better.

You know how every single internship description since the dawn of time starts out with some twist on “Our interns don’t fetch coffee”? Well that’s not true at V&S; I’ve gone out and “fetched” coffee many times… with coworkers or fellow interns. V&S has a strong coffee culture, and grabbing a cuppa with a coworker is a great way to pick his or her brain.

But the best part? My coworkers are more than walking encyclopedias chock full of ad knowledge. They are all vivacious individuals with magnetic personalities, people I actually want to hang out with. Happy hour is a lot of fun. You might even say it’s a *boatload* of fun. Ba-dum tschhh!

Well, this seems as good a place as any to wrap up my listicle. Until next week, Internet friends and strangers!

About the author: Sai He

Sai is a self-taught creative who conceived his first ad during Finance 101. That night, he stayed up learning Photoshop and making the ad. The next morning, he dropped the class. In the year since, Sai has interned at two agencies and created work for JCPenney, JetBlue and U.S. Cellular. In his free time, Sai enjoys photography and songwriting.

This article was first published by Sai He

The science of why setting deadlines gets things done, how Jake Blues knew it,...
Scroll to top /n/r/n/r