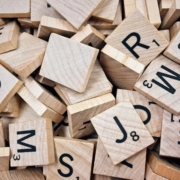 Most professional business writers turn purple in the face when they read cliché phrases like “at this moment in time,” screaming “why the hell not just write ‘NOW ?’”

Yes, I do, too. However perhaps it’s because I’m getting a bit soft in this second half-century of my life, but I no longer whack people over the head with a baseball bat if they use such phrases in some writing, and often in speaking and presenting.

I call these clichés Zimmer frame(walking frame or walker in the USA) phrases, because they provide writers and speakers with support, extra time in which to express themselves, and a softening effect for the harshness of truth.

Short, sharp, staccato writing is great, but in its place. Not only are hard facts not always appropriate, but also they can offend when they’re fired out like a stream of bullets. Sure, I admit: Zimmer frame phrases are usually meaningless, but they are very popular – that’s why they have become clichés in the first place. And in all seriousness, sometimes they really can be helpful. 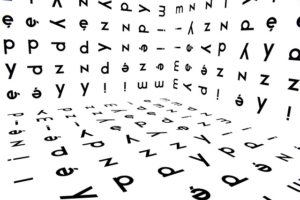 Here’s where Zimmer frame phrases actually can be useful

1.When you’re presenting or giving a talk and you need to give yourself an extra second or so to think about what you’re going to say next.

2.Similarly, as a delaying element if you’re expected to respond instantly to a question for which you don’t have an immediate answer.

3.To soften the effect of a reprimand – OK, everyone knows what you really mean but to say “get your ducks in a row” doesn’t sound as harsh as “get organized, or else.”

4.To soften the harshness of bad news – e.g. “we need to do some more due diligence” is less negative than “we got it wrong first time so need to rework it.”

5.Used in moderation, to make you, as the speaker or writer, seem more human and approachable: too much “plain speaking” can make you seem hard-boiled.

Do you use Zimmer frame phrases in your speaking or writing? How useful do you find them? Please share!

About the author: Suzan St Maur

This article was first published on Suzan St Maur’s HowToWriteBetter.net … the largest all-genre writing site on the internet with more than 1,000 articles and tutorials on how to write better across 26 categories covering business, blogging and other content writing, social media, job search, academic writing, speeches – plus fiction, personal, music, poetry and much more.

This article was first published by Suzan St Maur

The Writing Life — Take the Pressure Off and Just Create

The Writing Life — Can a Broken Writing Plan Lead to Success?
Scroll to top /n/r/n/r