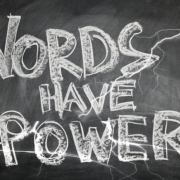 Most copywriters have a story about some person who criticized them early in their career or some writing position that didn’t work out. They view it as a form of paying their dues.

Unfortunately, for some people, that first glimpse of failure causes them to retreat to a safer career than writing, one that offers work less likely to be judged.

I’ll share with you my personal entrée into the world of copywriting in the hope it helps others in similar situations to continue moving forward in their career.

Shortly after graduating college, I landed my first professional job. It was with a small ad agency that had about 10 people on its staff. I was hired as an “account coordinator,” earning even less than the firm’s secretary, although I didn’t know it at the time. Despite the low salary, I was thrilled to have obtained a job related to writing. My degree was in journalism/copywriting.

My goal at the ad agency was to work my way up to copywriter, a career path I’d chosen all the way back to first grade, almost as soon as I learned to read and write. Back then I didn’t know what type of writer I wanted to be, but there was no mistaking my fascination with words. 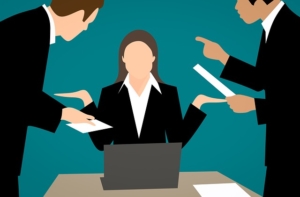 For some reason, my boss, who was also the owner of the ad agency, made it his personal mission to put me down. Almost from the first week, he criticized my work, rolled his eyes whenever I asked a question, and seemed to delight in making me look stupid, especially in front of coworkers and clients.

Although at the time, I took each slight personally, I later would discover this was typical behavior for him, especially with new hires who seemed ambitious. No doubt his hazing contributed to the ad agency’s high turnover rate.

After a few weeks, my boss, who’d not yet read a single word written by me but knew my aspirations, told me I’d never be a copywriter. I hadn’t asked his opinion, and his words took me by surprise. He said he was good at recognizing talent, and he could tell I didn’t have what it takes to succeed in that field.

Who knows what twisted mind games he was trying to play. I’m sure someone with a degree in psychology could explain his convoluted motivations, but to me it was a crushing blow to my dreams. Even though I knew he was wrong and had to basis for his opinion, his words still managed to fill me with self-doubt.

Building My Own Copywriting Business

I spent nearly three years at that ad agency, finally working my way up to account executive. But the copywriter title I wanted remained elusive.

I began doing freelance writing on the side, building a small business with clients I met by cold calling on lunch hours and networking in the evening. If the ad agency president wouldn’t allow me to do the work I wanted, I would find a way to do it on my own.

Little by little word my small business grew. Eventually, I had enough clients to resign from the ad agency and work full time in my own copywriting business. My boss was angry with me for wanting to leave. I guess I’d grown on him after all.

I later heard gossip that he told anyone who’d listen that he’d fired me, even though the truth was I’d resigned with proper notice and on good terms no less. I decided the lies he was spreading to protect his delicate ego were his problem, not mine. 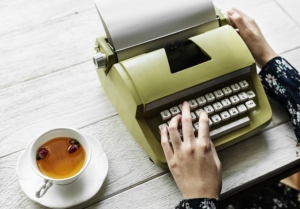 I never looked back.

These days a part of me hopes he one day Googles my name out of curiosity and sees I’ve become the copywriter he said I’d never be. Then again, even if he managed to remember me, I’m sure he wouldn’t recall his put-downs. Unfortunately, I do.

Never Let Them Get You Down

I’d love to be able to say that the ad agency president was my first and only bad boss, but that wouldn’t be true.  After nine years of self-employment as a successful freelance copywriter in New Hampshire, I chose to move to Florida to be closer to family.

While I was able to keep a few of my existing clients, in many other regards I knew I’d be starting over from scratch.  I decided to get a job as a copywriter with an ad agency in my new city as a way to begin establishing a new network of contacts.  I figured that if I stayed there a year or two, I’d get to know the lay of the land and find opportunities, all while earning a paycheck. I would then be better prepared to go out on my own once again.

The ad agency was owned by a brother and sister who best can be described as an entitled frat boy and a self-absorbed ex-homecoming queen.  They had inherited the business from their father and somehow had managed to keep it going, despite having no creative skills themselves like graphic design or copywriting.

Instead, they hired professionals who knew what they were doing and then micro-managed them. They took credit for all successes and generously doled out blame for any failures.

Their attitude became abundantly clear in one of our initial meetings when the sister said, “You should feel grateful we’ve given you a job.  I have a stack of resumes right on my desk of people who weren’t as fortunate as you.”

I should have known there was a problem when out of the nine employees, only one had been with the company for more than 18 months.  Nearly 100% turnover of your workforce suggests this may not be the best place to stake your future.

Nonetheless, I decided to work hard and learn as much as I could until I felt ready to leave.  I spent my days head down, writing as fast and as well as I could.

After week two, the brother and sister called me into their office to say budgets were tight and they’d been reviewing my copywriting work.  They felt I wasn’t worth what they were paying, so they were implementing a 20% pay cut, effective immediately.

I was floored by their comments.  Could they really do that?  Speechless and on the verge of tears, I listened and said nothing until they dismissed me from their office.  The pay cut wasn’t optional, and my paycheck at the end of the week reflected my new, lower salary.  I would later learn that the same thing had been done to the previous copywriter, my predecessor. 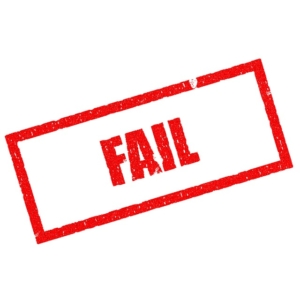 I won’t get into all the petty things the brother-sister duo said and did to me, but their criticism of my copywriting work, even when clients liked it, was what hurt me the most.  I was thicker skinned and more self-assured than I’d been when starting my career at the first ad agency, but I still couldn’t help but wonder if their critiques had merit.  I was beginning to doubt my abilities.

The situation was unhealthy and I soon had all the symptoms of chronic stress — insomnia, weight loss and a feeling of hopelessness. My husband had given me a greeting card that said, “Never let them get you down.” I kept it in the top drawer of my desk and looked at it a dozen times a day.  But the truth was, this negative brother-sister duo was taking a toll on happiness.

It was time to move on.  After only six weeks, we decided to end the relationship. Or rather, they told me I was fired, and I agreed it was a good idea for me to leave.

I was upset at the time, but as is often the case, getting fired was a blessing in disguise.  I went back into business for myself and was happy and successful within months.  Now, looking back nearly two decades, my only regret was that I didn’t quit long before they fired me.  I would have saved myself a lot of grief.

I know my experiences are not unusual.  In fact, most people have at least one mean, discouraging boss in their career history.  And getting fired from a job could be considered a rite of passage.

The trick is to grow from the experience and not let it alter your dreams. Use tough times to get tough. Let the negative energy from others propel you forward.

My advice to aspiring copywriters? Learn what you can from everyone you meet, and filter out any advice meant to discourage or demean you. Just keep your nose down and do the work.

The more writing you do, the better you’ll become at your craft. You hustle, gain experience and build up your skill set. The real question isn’t, “Will you get there?” 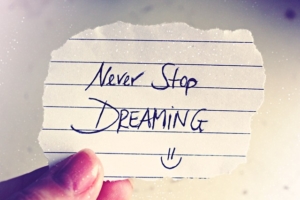 It’s “How much are you learning?”

Continually seek ways to step out of your comfort zone and be challenged with new assignments, even if they scare you. Accept that you’ll make mistakes, but learn from your failures as well as your successes.

Persevere even when you, or others, doubt your abilities. You keep moving forward. There IS no other direction to go.

Believe in yourself even when others do not. If you have self-confidence, and you’re willing to do the hard work, you can become the copywriter you dreamed you would be.

I wish you the best of luck in your endeavors.

About the author: Susan Greene

For the past 20+ years, Susan’s been a freelance copywriter and marketing consultant, serving hundreds of clients in diverse industries. She’s helped numerous businesses boost their sales through the successful execution of their marketing plans. Her fresh, conversational writing style resonates with today’s readers.

This article was first published by by Susan Greene

Should we A/B test politics?