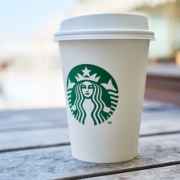 Look, I have to say first that I like the idea of the program; I just don’t like how it was done, whom it was done by or why they did it. Make sense? More discussion about racial equality is a huge hot button right now, and it needs to be brought to the forefront, but why Starbucks?

I have to question the entire thought process with my top reasons that the program didn’t make sense. Not reasons why it didn’t work, but why would you do it in the first place?

It Wasn’t Relevant to the Brand

What struck me first about the whole Starbucks concept was how out of nowhere it seemed. I love the idea of more social discourse on race equality, but why Starbucks? The leading coffee brand has little to do with race standards, at least not from what I’ve encountered. There haven’t been giant public lawsuits or PR struggles with race that I’ve seen at Starbucks, so why associate the brand this way?

You could say that it’s a noble thing they’re doing, but why do it as a direct association with the brand? I’m sure they could have easily supported rights movements, sponsored educational research or programs, 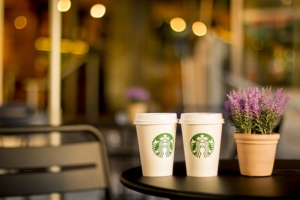 but it wouldn’t have publicized the brand as much. That’s probably what is bothering me the most about this. Whenever somebody jumps up and starts shouting how noble they are, I’m immediately pissed off because it buries the good intentions behind a clear motive of exposure.

A major public scene may not be what they wanted at all, but if that is the case, why not just implement a quite program of empowering workers to speak up about issues? You could have implemented the same program quietly, and probably with less negativity, but then it wouldn’t have achieved its goal of awareness.

It Couldn’t Be Controlled

No training, no program, just an open platform for discussion of the most controversial nature. I can’t imagine that this has an opportunity to go anywhere positive. Even places designed for polite social discourse struggle with this topic because it’s a difficult one.

Take a coffee brand that’s probably got a rich white person stigma to most people (at least that’s the impression people use it for in the downtown in my city) and try and make it the voice of racial equality? It doesn’t make much sense to me, and I’m totally for the idea of more open discussion. I believe that we need to start talking about it more if we want to progress, but the first steps are going to be difficult and drag people through the mud.

As a brand, I wouldn’t want a potential bomb in my shops just because I want to raise bomb awareness. At best, have a day where you create an open stage for discussion, maybe even debates at locations and people can show up with that expectation. That event can be closed down, but no ongoing political stance by a brand can be switched on and off.

Probably the biggest issue I had with the whole idea was empowering ordinary people to express their opinions on race and identity. It’s a challenging topic to discuss with family over dinner let alone with strangers carrying an unknowable sack of emotional baggage. 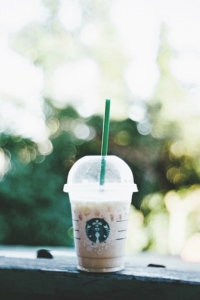 Grandma is difficult enough to help become more progressive in a contained environment, so why would you turn your staff free on the world?

Not everyone is a jerk, but enough walk around with confused points of view, racism, bigotry and ill-conceived ideals – sometimes not always by their fault. The only thing you open up is the potential of awkwardness and harassment. Why would you place that on an already socially taxed workforce?

The outcome may be an expanded cultural perspective on your team, but the coffee line isn’t a stage for debate.

I’m Here for the Coffee

My order line isn’t a place to service opinions and prejudices. If I came for the coffee, I want quick, accurate service, not an ongoing saga of opinions. There isn’t a place in my mind where I’m missing a convenient, quality coffee joint that’s also battling racial inequality between flavor pumps.

About the author: Sean Kopen

With a unique, story-based approach to writing, Sean Kopen is an experienced content marketing specialist and instructional designer. Review some of his personal stories and perspectives at his website www.seankopen.com

This article was first published by Sean Kopen

3 situations when it’s time to call in a copywriter