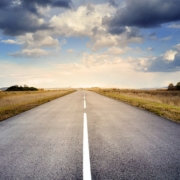 Expectations are almost everything. Meet them and people are mostly happy. Exceed them and they are mostly overjoyed. Fail to meet them and sometimes nothing else matters.

The key of course lies in properly setting them in the first place.

I had a client years ago that wanted a project by Friday. I knew that would be no problem so I said, in fact, I think we can get it to you by Wednesday. Then one thing led to another and we didn’t deliver until Thursday. We were still ahead of their initial schedule, but they thought we had let them down.

A year or so later I remember being in the exact same situation. A client said, “we need it by Friday.” This time I simply said, we’ll see if we can make that happen. When we delivered it on Thursday, we were heroes.


The common thread was expectations set and met.

Marketers can go a very long way in pleasing and retaining customers when they focus on setting the proper expectations.

You can do this in a variety of ways. You can start by making sure you communicate very clearly and consistently what you are going to do. You can make sure all your policies are spelled out clearly. You can make sure that you have a system that allows you to meet your promises.

The good and the bad 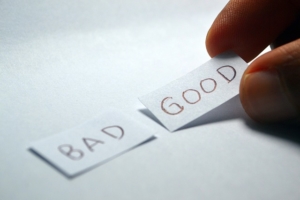 I had a remodeling contractor years ago that was very focused on their total customer experience. Instead of selling on price, they sold on the process.

They knew that their competitors were out selling how wonderful the project would be and how proud a customer would be to show off their new kitchen.

My client, on the other hand, knew that a remodeling job can be pretty awful at times. You come into someone’s home for months at a time and disrupt their routine, trash their living space and make all kinds of noise.

Sure, they knew the end product would be awesome, but they also knew that they needed to set the proper expectation for how you get there.

For this we created a visual tool we called “The Remodeling Curve.”

The document included all of the core stages of a remodeling process and followed an S shaped curve that implied how most customers felt during the phase.

So, while customers were ecstatic the day the plans arrived, they were ready to kill each other during the drywall sanding phase. The curve showed the highs and lows in the entire process and ended back on a very high note when the job was completed.

By communicating these stages and setting the proper expectations during the sales phase they were able to shine throughout and create a clear point of differentiation from those just talking price and project. 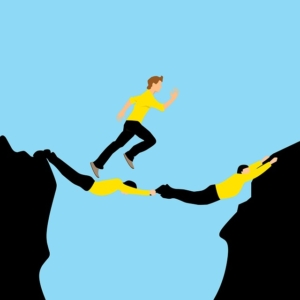 I worked with a music and dance studio recently that noted they seemed to lose about 18% of their students each year. When they drilled down further they found that 76% of those that dropped, did so in the first year and over half of them did it in the month of December.

Practicing music and dance is a hard thing to keep at. They knew that and their teachers knew that but in the rush to get the enrollment they neglected to set the proper expectations for many of their new parents.

They decided to go to work on their own S curve expectation chart to use as a sales and education tool right up front. Their intention was to get parents to understand when it gets boring and the common sticking points that students end up pushing through.

They also created some fun events and motivational gifts that they intentionally sprinkled into the November and December months. By helping the parents understand what to expect, and that it was normal, they were able to significantly reduce their dropped students.

So, what does your expectation cycle look like? What do you need to create to help piece together your customer’s entire journey from high to low to high.

About the writer: John Jantsch

Like a Virgin – Is Your Marketing As Fresh As Madonna’s?

Thinking of becoming a freelance copywriter?
Scroll to top /n/r/n/r