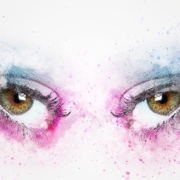 ‘Touched for the very first time’

Call it what you want, but few pop stars and fewer businesses have understood the intricacies of Madonna’s genius of reinvention and the inevitable end of the business cycle.

While Madonna soars, everyone else seems to stumble, bumble and disappear down a deep, dark hole.

So, what is it about Madonna Incorporated that has allowed it to consistently reap profits for over 18 years on the trot? And is there something we in business can learn about branding from the chameleon of pop music?

What Madonna Learned from Houdini

Gasp! That’s what the audience would do, every time Harry Houdini cheated apparent death. Except that death was a deliberate stroke of genius to keep the name of Houdini alive forever.

Out with the Cabbage, In with the Tomatoes!

Bring out the fertiliser, Madonna’s here!

With green-fingered precision and lots of tender loving care, she plays along with Mother Nature. In every phase, Madonna has realised that things change with the season and accordingly dug deep to replant new shoots.

Summer plants die. Shrivel, shrivel, it’s a fact of life. You can whine and whimper but if you understand the basis on which Mother Nature works, you can pretty much put it to work in your own business.

Most businesses experience growth both intellectually and physically, yet every business seems to run on summer growth. Never changing, never evolving, they hope Jack Frost will give them a wide berth when the cold days roll along. That doesn’t always happen and when the business peters down, it’s let’s blame the economy time, when all they’ve done is failed to plan for the end of a business cycle.

Take for instance a big law firm in Auckland, New Zealand. Lots had changed within the firm. It had grown considerably over the years and believed that its outdated logo was the hallmark of the firm.

Simple research showed otherwise. The clients hated it. Fuddy-duddy, they called it. Yet, it had nothing to do with the law firm. The partners and the lawyers were as competent as ever, if not more than before. A simple logo change, some internal and external fix-its and Voila, they could do little wrong!

It had nothing to do with the firm or the quality of its lawyers. They had simply failed to track public opinion that had gone against them. Once they realised it, they could mend it. Once they fixed the logo (among other things), they were reborn.

Are we suggesting you reinvent the wheel? Madonna doesn’t think so. Like a hardcore brand specialist, Madonna has actually stuck to her brand like glue.

If you look carefully, she stands for RADICALISM. Everything she’s done has taken her one step higher on that scale. Every time someone screamed blue murder, Madonna was in the thick of it. She hacked the lawn, and replanted all the flowers choosing shocking pinks and bright orange, understanding all the time that it stayed in line with her true brand image.

Coke, too, tried to reinvent itself, but failed miserably. Why? Because Coke owns the word classic. People loved their Coke. It was owned by us sugar-water drinkers and no one, not even Coca Cola Inc., was going to change it. In short, that’s why they failed.

Yet Coke has reinvented itself in several other ways. Its packaging has gone from sexy bottle to cans and then to 2 litre PET bottles without much drama.

It has reinvented convenience, much like McDonalds reinvented their snack to combo lunch. Realising that customers were after a better deal and their accountants were after better profits, the combo managed to put gigantic smiles on both faces simultaneously.

Let’s face it. It’s not just about reinvention. It’s about realising WHICH PART of your business needs to be reinvented and then having the common sense to leave the rest alone.

Chinese gooseberries were going nowhere till they were renamed Kiwi fruit. With this re-baptism of sorts, this humble, nondescript looking fruit somehow took on the flavour of an exotic, lush green country. The reinvention wasn’t earth-shaking; the results were.

Madonna does just that. While her radicalism has seen an outward change in every avatar, the core change isn’t overly dramatic or complex. Every reinvention has caused her to add bold yet simple colour to her garden.

Too many marketing people change twenty things all at once. Confused customers don’t care. Gradual progression they can handle and want. Dramatic change scares the heck out of them, often causing them to switch brands suddenly and permanently.

Even hardcore Madonna fans found the leap from music to movies too complex. She flipped and flopped her way through the popcorn aisles and came out triumphant on theEvita side. Yet, you’d prefer Julia Roberts to do the drama bit instead of doing a Grammy number, wouldn’t you?

Simple snip-snaps you and I understand. Which is why even Einstein kept it down to E=mc2 despite re 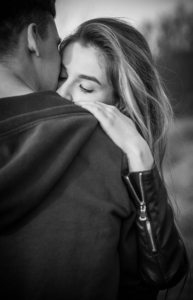 inventing everything science stood for.

Can You Carry it Off?

Hey, Frank Sinatra was a great singer, but he just didn’t have Madonna’s figure and he’d look crappy as a blonde. Which is pretty much the crux of the issue. If you don’t have the ability to carry it off, you don’t. Not at least in the glare of the spotlight.

Madonna’s outward reinvention is her most dramatic feature, but at the same time she’s plugging away at her new spiritualism and lifestyle and hopefully it reflects in the lyrics as well.

Sting is a good example of a parallel Madonna run backwards.

Starting out like Billy Idol, he has wound his rock roots down dramatically and enriched his music to encompass several genres and languages. It’s a quiet manicured reinvention, that his fans lap up in eager anticipation

Sometimes the reinvention is loud and sometimes its soft but it’s never non-existent. Pop stars are good examples because it can often take one album to make or break them. You can serve twenty shoddy meals at your restaurant and still get away with it, but they can’t. Even the stars that appeared to exude stillness like Frank Sinatra, were actually living very close to their brand image and their noun and adjective.

Frank was a Coke– He stood for classic. Likewise, that’s what his music had to do. Elvis was a white singer singing black music and that’s radical. Which is why his gyrations on stage fit in perfectly with his uh-huh style. On the other hand, you could only take so much of Boy George. Know why?

At the end of the day, the calories are the proof of the pudding. If you don’t stand and deliver, you can reinvent to death without any change in your bottom line whatsoever.

How Does your Garden Grow?

1) Your Communication: Logos, Newsletters, Emails, etc. Do they really meet your clients’ needs? Have you got so busy doing things that you’ve forgotten to reflect your true worth to your clients?

2) Your Customer Loyalty: Are you stretching these parameters? Are they getting less or more loyal? If yes, why? If no, why not? What do you need to reinvent and re-analyse? And do you have a customer loyalty program at all?

3) Your Failure Analysis: This is a biggie. If you’re not analysing and welcoming failure, you’re going to be stuck on your island for so long, that you’ll sink once global warming gets worse. If you want to double your success rate, you’ve got to double your failure.

The Key to Reinvention is Simple

a) You’ve got to die a thousand deaths and come out on the other side.
b) Simplicity is the key.
c) Your brand image is money in the bank. Don’t ever change it.
d) Wear the mini only if you can carry it off. Remember there’s a market for minis and gowns simultaneously.

While you’re reading, Madonna will be hard at work on the next step. Isn’t it time you got to work too?