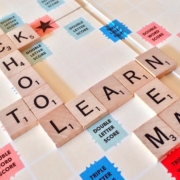 They can carry big and serious ideas, communicated by icons such as Martin Luther King Jr, Malala Yousafzai or Winston Churchill.

But they can also carry a healthy dose of well-considered silliness. Think Amy Schumer, Spike Milligan or Eric Morecambe.

I’ve been reading a lot about the English language and humour recently:
‘English Is Not Easy – A Graphic Guide to the Language’ by Luci Gutierrez
‘English Humour for Beginners’ by George Mikes
‘Mangled English’ by Gervase Phinn
‘i before e (except after c) – old-school ways to remember stuff’ by Judy Parkinson
And it’s got me thinking about my favourite examples of wordplay…

Epic ways of saying someone is an idiot

Keep some of these handy for your next passive-aggressive or, if need be, just aggressive discussion. 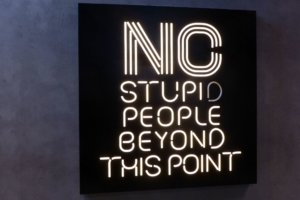 Let me know how these go down at the next family barbecue or around the water cooler at work.

I can’t decide which of these is my favourite, but it’s between “nude mice” and “Exhibition Poultry”. 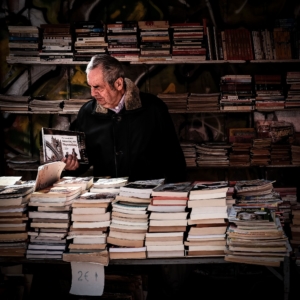 Definitely some titles to add to your read-on-the-tube-to-make-Londoners-uncomfortable list.

I’d pay a lot of money to know which of these were deliberate and which were only accidentally amusing.

If none of these examples of outstanding wordplay made you laugh then you’re probably one word short of a sentence.

Got some weird and wonderful examples of wordplay to share? Let me know in the comments below to brighten my day.

About the author: Ellie Hubble

Ellie is a creative strategist and writer, currently working as a copywriter for an eclectic mix of agencies and brands. When she’s not writing or cooking up ideas, she can usually be found exploring the city or escaping from it to the countryside.

This article was first published by Ellie Hubble

Five Ways to Get Noticed Online