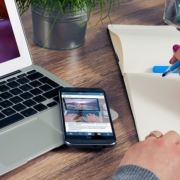 In the last decade the world of internet marketing, like the internet itself, has become dominated by multimedia.

It’s a different world to how I first started out online.

For a good eight years from 1998 to 2006 all my online business projects were text based, with some images thrown in now and then when it made sense, like product pictures and photographs of people.

In some ways it was a much simpler time. I communicated with people in forums and newsgroups and later by publishing content on my own websites. This was enough to build an audience and then sell whatever it was I was selling at the time.

I launched a podcast from my blog and for the first time people heard my voice to go along with the words I was typing.

Around the same time I started podcasting, the Internet marketing community was starting make use of another audio technology – teleconferences.

People could dial in using their phone to a virtual ‘room’, where a host and possibly a guest would teach, do interviews, and take questions from the audience.

Of course teleconferencing was not new, the corporate world had used them for years, but thanks to the internet it had become available to anyone easily at a price you couldn’t argue with – some services were free!

The next revolution in media was video. 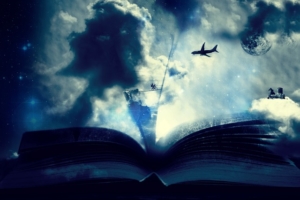 YouTube, while not the only video platform to start up at the time (remember Google Video?), cemented itself as the leader. Again it was thanks to improvements in technology making the sharing of video online so much easier, that led to the huge proliferation video content.

Internet marketers were quick to adopt the new format, especially when it came to product launches. The video launch sequence and the video sales letter became staple communication tools, and still are today.

Teleconferences evolved into webinars, taking the group learning environment and adding a visual component to what was previously audio-only.

The most recent ‘upgrade’ is social media based live streaming, powered by mobile apps. Platforms like Facebook allow people to stream to their social following, which of course has led to savvy marketers making use of the new technology to aid in promoting their products and services.

I’ve Tried It All

I’m a student of marketing and while not always an early adopter, I have eventually tried every format of media I mentioned to help grow my business.

While I am certainly an introvert, which means doing things like live webinars tire me out rather than give me energy, I do enjoy teaching through talking.

Writing is my first passion and my business is built on the pillars of content I have written over the years.

No doubt because you’re an entrepreneur and marketer too, you’re well aware of all the different multimedia formats people use today. You probably have an email inbox full of links to webinars, videos and podcasts right now.

From Text To Multimedia Campaigns

During my first few years blogging I made money only with writing. 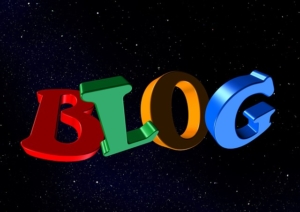 I wrote blog posts and emails as a means to build my audience and connect with people, and of course, make offers. I did have a podcast and later a YouTube channel, but I didn’t directly use these to make any product offers.

My first ever launch was all written content. I wrote a report, the first version of the Blog Profits Blueprint, and I wrote emails and blog posts.

The launch went well, I attracted 400 members in two weeks.

In 2008 I combined forces with Gideon Shalwick, an up and coming video expert at the time, to release a video course. Naturally we made use of video heavily during this campaign (although we still had a written report too – they work so well!). It made sense to sell a video course with videos, and Gideon had the skills to do it (bearing in mind this was early days for online video).

From that point forward video became a much more present part of my campaigns, and during the last 12 months, webinars too.

As I type this, I’ve just wrapped up an opening of the Laptop Lifestyle Academy, my new group coaching, community and training membership. For this campaign I decided to try something different…

No video. No webinars. I didn’t want to use video on the signup page either.

Why do this, especially given everyone else is all about webinars and live streaming right now?

I did it for a few reasons…

The Laptop Lifestyle Academy launch was a success, meeting my goal for the promotion.

This is great for me, my business and my team, but there’s another reason I’m sharing this with you.

I know a lot of people are introverts, or shy, or struggle with the technology required to produce videos or webinars or any multimedia content.

There’s something we all need to remember about the Internet – it’s still very much a platform for the written word.

Yes I know that live content and video foster powerful connections and deliver a lot of advantages you simply don’t get with text-only content, but that doesn’t mean text can’t work on its own.

People still read. Facebook, while certainly upping their focus on video, still is very much a text based medium. Think of all the text posts made, and all those articles from other sites and blogs shared on Facebook.

This is great for us writers, because it means we have platforms and channels of distribution we can tap into using only written words.

Blog posts, combined with an email list and some form of marketing to drive traffic, are enough. You can build relationships, educate your audience, and convert some of them into customers using just words.

Practice The Craft Of Writing

Over the almost two decades I have been online there is one skill I developed that I value above all others.


My secret is a simple one… practice.

Write to a blog and email list for a decade or so and you’re going to improve.

Therein lies the challenge I want to set for you if you resonate with my message here.

If you’re excited about the idea of just using articles and emails to sell your products and services, then this is what you need to do…

Write to entertain, to engage, to educate and do it with the intention of attracting and selling to your target audience.

Practice your craft and you won’t need all the bells and whistles of the multimedia world. Sure you can still tap into them when you want to, but you won’t NEED them.

Plus when you become an effective writer, it helps with other areas of your business. Think about all those landing pages headlines, bullet points, email subject lines, sales pages, Tweets, Facebook posts, Instagram descriptions, and on and on, which are part of the modern marketers toolkit.

Practice Your Craft Of Writing And You Don’t Need Videos, Webinars And Multimedia

The Internet may be a place full of multimedia, but it’s is always wrapped in the written word. Videos need titles, webinars need landing pages to get people to sign up, and live streams need descriptions before you press broadcast.

Practice your writing craft and it will change your life.

Tales of a master procrastinator

Should we A/B test politics?
Scroll to top /n/r/n/r