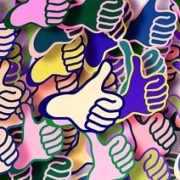 There’s a simple way to increase traffic, brand awareness and conversions without spending a single cent more. It has nothing to do with advertising, pay per clicks or any slick video campaign. You just have to get interesting. Get brave with your brand.

Because did you hear that clucking round the coffee machine the other day? They were going on and on about that website with the professional tone? The one that was middle of the road? The one with great spelling and perfect grammar? Nothing was too extreme. It wasn’t spectacular. All the directors said it was just right?

Neither did I. That conversation will never, ever happen.

How to Turn Casual Readers into Loyal Fans

Nobody cares about bland. Magnolia makes no impression and steady and professional is just the way you should be. It doesn’t have to be your voice. It isn’t a voice. You know this. Everybody knows this.

Yet time and again an unseen board opts to play safe with a company’s tone and runs for the hills from the slightest hint of personality. That leaves a bereft wasteland of a blog that nobody comes back to, let alone talks about.

They end up screaming the inimitable sound of silence.

But what’s going to happen if you inject some colour into your copy? Will the sky fall in? Will customers turn away in their droves from this crazy young kid that has lost the plot?

No, of course not. This is the internet. This is a place where a moonwalking horse can become a celebrity and Psy can launch a music career. Pepsi even kidnapped someone for an internet movie spot.

That might be going a bit far if you don’t have the army of corporate lawyers to get you out of jail free, but it’s a sign to just do something, to say something, that grabs the attention.

As long as you don’t come across like a painfully uncool dad trying to get down with the kids then it’s fair to say a bit of flavour in your web copy won’t send the world down with stomach cramps.

Even if you do lose a few potential customers, you’ll get more. And you should actually want to lose a few. That might sound weird, but if nobody hates you then nobody can love you either.

Apple is a Lesson 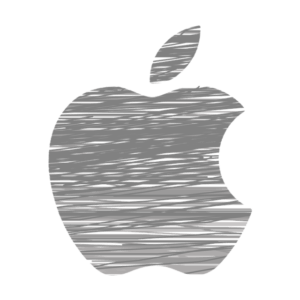 Look at Apple. There are fanboys and there are haters, but everybody cares. I would love to have websites devoted to how bad my copywriting is, because it means people care enough to talk and fight about my product.

Think about it. A computer is a metal box, it has no right to incite such hatred. It’s just a thing. But I bet some people could measure the time they have spent spitting vicious abuse at Macs in weeks, not hours.

People are contrary folk, especially on the internet, and normally rational people can become consumed with nerd rage and keyboard warrior syndrome when the mood strikes. That forces an equal and opposite reaction and others have become devoted to the altar of Apple.

While it is mental on every level, it is also a lesson.

Love the haters and embrace your own crowd. Play to it and build your own fanatical following, even by shutting some out and turning them against you. Pull it off and the buzz on the web can be a real boost to business. And students can steal your catchphrases.

Better yet, personality opens the door for emotions and stories. They are just about two of the best building blocks you’ll ever get for a sales pitch. 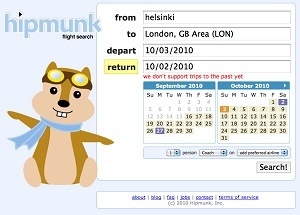 It could be just another price comparison site. But Hipmunk isn’t. People talk about this stuff all over the web. They love the gentle cynicism, the wit and it even gets its menus in the press. THAT is content marketing.

Take the ‘Agony’ option, for instance, where it lets employees punish their boss by viewing the most arduous journey for the next business trip. It’s nothing, and yet it’s something. For every grey soul that is dissuaded by this approach, there are 20 more that love it. Hipmunk has now gone furher with a comedy blog and memes that don’t cost the Earth, but have a heavy impact.

Dropbox, too, has one of the smartest teams of writers on the web. They could have gone safe, this is online storage after all and that must convey a tone of seriousness, authority and…zzzzzzzzz…

Make it a Game

No, Dropbox opted to dress up its user menus as quests, even offering rewards when you get to the end, and it’s full of cutesy illustrations of computers playing together. Has it contributed to Dropbox’s world domination? Maybe a little, maybe a lot, I can’t tell you everything.

What I do know is that online storage is the most boring thing on the planet and somebody at Dropbox had the stones to make the user experience that bit more special. They realised that storage of binary data and storytelling didn’t have to sit on opposite sides of the fence and went out of their way to inject some colour.

Urban Daddy is a master of witty copy, too. Clothes descriptions are basically the most boring things since, well, online storage. Not these…

“For the sake of argument, let’s say you’re not a nudist,” that is on the website. It really is, and people love it. Urban Daddy has ridden that horse to the end and now sponsors comedy shows and has separate parts of the site devoted to humour. People come for the laughs and they end up buying the clothes. At least I hope they do.

Of course corporate storytelling can go spectacularly wrong when companies try too hard to be cool and end up looking like David Brent disco dancing for charity.

But this isn’t as spontaneous as it looks. There’s time to revise, rethink and plan your strategy. There’s time to develop a central character and a narrative tale that your audience will embrace.

A lot of it will end on the cutting room floor, if you’re smart, and a lovable character is one of the hardest things to create for any business. But if you nail it, like really nail it, you can cancel half your TV slots. Because they’ll be huddled round the coffee machine, talking about you anyway.

So if you’re looking at a grey wall that is your blog then take some inspiration from these almighty brands and go for it. If you need help, get some, grab your stones and and breathe some life into your brand. Your audience will thank you for it.

About the author: Nick Hall

Words have a hidden power, control that and you have unlocked the secret of sales. I spent 15 years learning the ropes as a journalist and copywriter. Then came the magic ingredient, Neuro Linguistic Programming, which turned me in to a copywriting animal. Now I subtly convert casual prospects into loyal customers for Virgin Finance, Accor Hotels, media companies in the Middle East and more. I’m a journalist, too, and write supercar reviews for The Sunday Times, Motor Trend, Wheels Dubai, Gulf News, Business Standard India and luxury and lifestyle titles round the world.