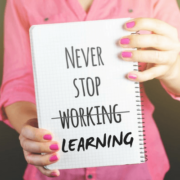 As any copywriter will tell you, writing advertising and corporate copy is an unremittingly joyless occupation. But sometimes it’s possible to have a little fun by playing a few games with the copy, headlines, and even the concepts.

Here’s how you can have fun as a copywriter

One famous example was a Citroen ad in which the first letter of each sentence of the copy spelled out ‘Richard Cook wrote this’. So well known was this ad that we studied it at college. Thus, when I started to work as a copywriter I was already looking for opportunities to do something similar. I quickly spotted one and inserted (you’ll see what I’ve done there!) the names of girls I knew into the Tampax ads and radio scripts that did so much to keep me busy for a couple of years.

I managed one or two further examples for Citroen* and Hepworth building products but it wasn’t until some years later that I started to make a real effort.

For instance, I was endlessly amused by the ASBOs (Anti Social Behaviour Orders) introduced by Tony Blair’s New Label government – especially when they started handing them out to old age pensioners and dogs. For years I tried to work ASBO into copy for Bryant Homes, DSM, Philips, Nat West, PANalytical, Mitsubishi and many others. It was all to no avail until I worked with a great client called Languages Out There, who immediately approved the ad you see here. I am more or less certain that this was the first (and last) use of ‘ASBO’ in commercial communications.

Around that time was I was also on a mission to infiltrate the word ‘merkin’ into an ad. All too predictably I failed with companies who produce cars, TVs, spectrometers, and chemicals etc. Companies who provided retail, financial and other services were even less interested. (I’m talking about you, Sainsburys!). But again, Languages Out There gladly accepted the use of the word in the interactive audio website we created for them. Sadly, this site is no longer up.

Kronan Cykel was another good client (although we did have issues over payments despite our very successful launch of their product in the Netherlands). Still, at least they allowed me to write a few lines such as ‘No wonder the Swedish army was able to conquer Sweden so effectively’.

And Bryant Homes, notwithstanding the ASBO issue, allowed me to write some funny lines**. But they weren’t always aware of it, and the best fun I’ve had in this regard was for one of their developments in Manchester. I decided to slip song titles, album titles and lyrics of Manchester bands such as Joy Division, New Order, the Smiths and the Stone Roses into the copy. And every single one got through to the final, printed brochure – all unnoticed by the client!

Most satisfying was the way I worked ‘unknown pleasures’ into a line about the development being built on the site of a factory where the Macintosh was first made, Joy Division being the English band I respect most, at least sonically.

So, I’ve managed a few bright spots amid the decades of turgid conformity. I suggest that all copywriters try to do the same wherever possible. Apart from anything else, it gives the heroic souls (should there be any) who read our copy some reward for their sacrifice.
*Although I almost got fired for writing of Citroen’s ‘self-congratulatory suspension’ as opposed to their preferred ‘self levelling suspension’.

**That said, they didn’t appreciate my description of the second bedroom in a Bryant Home as being ‘like life in the Middle Ages – nasty, brutish and short’.

Extreme advertising: are advertisers pushing the limits of what and where you...