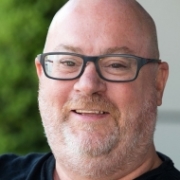 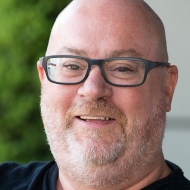 Throughout his entire working life, Steve Williss has had a love of letters. He loves how their shapes are individually defined to represent a sound, and when combined with others, produces a word that, subsequently, has a purpose.

By trade, he is a compositor: a now-defunct trade in the printing industry whereby a tradesman would be responsible for assembling type on a page for it to be printed. This was done by combining individual letters in a stick to make words, sentences, paragraphs, and eventually, pages of text and images for printing. Steve was employed as one of the last ‘metal’ apprentice compositors in Adelaide before the trade went the way of dinosaur and computers and photo reproduction became the ‘norm’.

But the bug had well and truly bitten, and Steve went on to work in advertising as a studio manager before becoming Adelaide’s first official typographer at Clemenger BBDO (Another typographer soon followed at Y&R Adelaide and, in an ironic twist, they were later partnered together as art director and writer at Adelaide’s largest agency KWP!).

From typographer, it was a short hop to art director which lasted for more than 20 years. But during this time, Steve realised writers and writing was cool. So he would write staff memos at every opportunity and on pretty much any subject, which proved to be a great introduction to writing ads. Eventually, after years of badgering a number of creative directors at various ad agencies to give him the task of writing, as well as art directing, one of them finally relented, and Steve’s writing career has flourished since.

After working as a full-time writer at KWP, Steve opted to go it alone nearly five years ago to take on more diversified writing projects. As owner and chief creative ‘bloke’ at WriteMind, a creative services company based in the beautiful city of Adelaide, South Australia, Steve specialises in copywriting, communications and ideas, and regularly partners with ad agencies, graphic designers, production companies, web and digital development companies, business marketers, and direct clients. 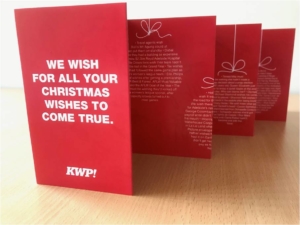 Adelaide has a Mediterranean climate and a cosmopolitan lifestyle with easy access to any part of Australia. Steve has found that he doesn’t need to be in the bigger cities of Sydney and Melbourne to get work in these marketplaces. A few interstate clients (and some have been as far away as Singapore and South Africa) perfectly balances his mix of local clients.

He has many years experience working on national and international brands across a variety of creative disciplines in all aspects of writing including television, radio, press, print, outdoor, ambient, web, online content, social media, sales promotions, direct mail, blogs, articles, plus much more. 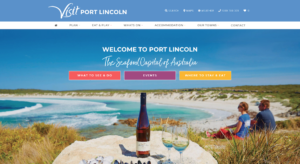 Apart from his everyday conversational tone that invariably includes delicious slices of quirky and laconic wit, a strength Steve has over other freelance writers is the ability to offer the whole conceptual package — from establishing the original creative strategy to scribbling working headlines and quick pencil layouts, to providing finished, well-crafted copy. 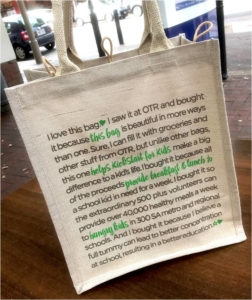 Although he loves the diversity of his current client mix, Steve has recently discovered a love of writing about regional Australia and, in particular, South Australia through client and regional tourism marketing specialists, Woof Media. Favourite projects involve writing websites and guides for major regional tourism regions. The process usually involves visiting the region and becoming a local for few days getting to know the area, the culture, the tourism operators, and the amazing people that make up these beautiful places.

Copywriter of the week : Paul Falla
Scroll to top /n/r/n/r