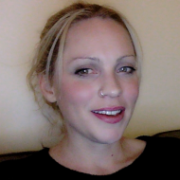 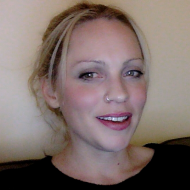 When I was growing up all I wanted to do was work in media, but everyone told me that it wasn’t likely to happen in Adelaide, and so while I was working as a High School English teacher, I booked a one-way ticket to London on impulse. Within the week I ran into my passion in a pub in London and haven’t stopped researching, writing and producing since.

My career calling began as a Deputy Editor of corporate publications (the job I found in a pub but which was mostly conducted in a tree-lined street in Soho). This later developed into a career in Broadcast Journalism as a Researcher and Producer at the BBC, ITV and production companies like Endemol, Optomen and North One Television. I was then Head of Development at Connected Pictures an independent production company where I was in charge of leading the creative team.

In Asia, I was the Beauty Editor at the Singapore Women’s Weekly, Managing Editor of Harper’s Bazaar Junior and contributor to Harper’s Bazaar. I also worked with other smaller online and print publications, as a Producer/Director with Infocus Asia, as a presenter at workshops for Unilever and as a ghost whipping corporate executive’s words into winning interview copy. A career highlight was getting an exclusive interview with Annie Leibovitz for Sands Style magazine when her ‘A Photographer’s Life 1990-2005’ exhibition was in Singapore.

After 15 years away from home, I came back to Adelaide to be closer to my family and to continue working as a freelancer. Adelaide is consistently voted one of the world’s greatest cities to live in, and I love that my hometown is going from strength to strength. The wine regions that surround the city are some of the best in the world and ‘Mad March,’ a festival period running from mid-February through March, is one of the most exciting times to be in Adelaide. There really is so much to eat, drink, do and see here – lots of inspiration for writing.

Freelancing in Adelaide is not as easy as in other parts of the world where it’s more common to work in this way, but like anywhere it’s about working hard, staying disciplined and being willing to think outside the box. I’ve worked with magazines, corporations, international start-ups, and small businesses since returning to Australia my clients live all over the world from London to Hong Kong and South Africa to Sydney. My laptop and a good internet connection are all I need to work.

Copywriter of the week : Fraser Bailey