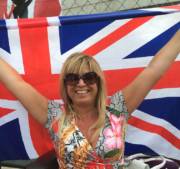 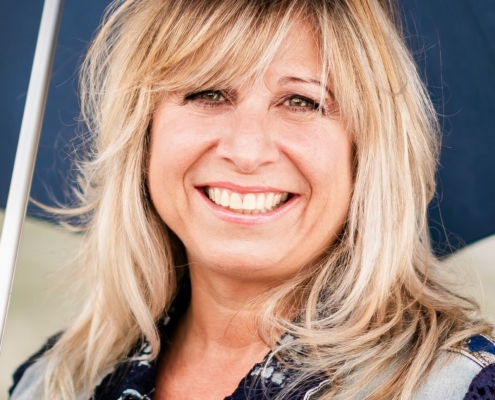 In one sense I arrived late to the party, in another I was there long before everyone else. Either way, I was copywriting for over 25 years before I actually realised it was a profession.

Today, I’m a senior copywriter living close to Amsterdam (Haarlem, to be precise), working for a broad spectrum of clients with global interests. But when I think back, this all started with a teenage obsession about football.

Born into the territory of a lower division team, Southend United, I was determined to fight my way to the top. At school, I was marked down for an essay I wrote about my passion. Not because of poor grammar or other shortcomings. But because my teacher considered that football was “an unusual topic for a girl”. Being ahead of your time can be painful. Undeterred, I went on to write a competition-wining slogan on the same subject. My reward, an encounter with members of the England team. My school wasn’t exactly enthusiastic about me taking a day off to claim my prize!

Teenage Kicks
Fast forward four years. My enthusiasm for football had been kicked into touch, in favour of music. Southend’s vibrant punk scene saw me DJing and promoting club nights and writing social fanzines. Others were enjoying and responding to my work. I still had no idea you could do this for a living.

London Calling
Skip past a period running my own clothing design business to a chapter of advertising and sponsorship sales. Wait! … What? … I hear you say. That’s two enormous leaps. Well … the clothing sold really well, but at that time I didn’t have a clue about business finances. The bank wanted its money back and someone at the local newspaper convinced me that advertising sales was my best option. I actually really enjoyed it. Seven months later I’d moved to London to continue this new career at the sharp end of the magazine publishing scene.

It was here that I accumulated a wealth of cross-discipline knowledge to do with sales, promotion, planning, events, budgeting and meeting deadlines. All of which feeds neatly in to the copywriting I do today.

And then came the “It’s Tuesday, this must be the Phoenix Festival” phase, as I transitioned to being a record label press officer. Music and copywriting again. I never even saw it coming.

It’s a Dirty Job But Someone’s Gotta Do It
Life can sometimes throw strange things you. Things so strange you don’t want to talk about them. So let’s just say “stuff happened”, which eventually brought me to the Netherlands, where I found myself earning a living from pulling up weeds in a field. It was 1997. The pay was better than I’d got from bar work in the USA, tarot card reading in Greece and making clothes for a fashion designer in Prague. All of which had happened along my journey to get here. I’m nothing if not adaptable! Fittingly, as you’re about to find out, those fields were where the seeds of my eventual career as a freelance copywriter were sown.

As it happened, my employer was one of the world’s leading whole sale exporters of garden plants. A conversation with the company owner resulted in me being asked to re-write all their B2B and B2C marketing materials. By the time I left, nine years later, I was responsible for orchestrating their global PR and marketing and had made them one of the industry’s most high-profile trade brands. Which led to them being swallowed by a gigantic American fish. Such is the way of business.

Freedom
It was time to spread my wings. I touted myself as a freelance horticulture industry publicist and picked up a few clients. But I wanted something different. And then I encountered Copywriter Collective in Amsterdam, where I discovered there was an in-demand profession called Copywriting which focussed on a subset of what I’d already been doing for years, while giving scope to work across all kinds of different industries. My re-invention was decided.

Twelve years after re-labelling myself and over 20 since beginning to write professionally, I’ve had the pleasure of working for hundreds of different clients on an incredibly varied range of projects. For globally recognised consumer brands, leading industry specialists, ambitious niche start-ups and everything inbetween. Slotting into creative agencies as a senior copywriter and working directly with clients in a broader capacity – I’ve lost count of the amount of times I’ve been hired for a copywriting task but found myself getting stuck in to examining what really makes a client’s business tick, working together with internal personnel to establish content strategies, concepts and more.

The variety keeps my mind open and ensures I never get bored. And as a freelancer not tied to someone else’s desk, I can often grab my laptop and sneak off to other parts of the world without disrupting a delivery schedule. I live close to Amsterdam, I take energy and inspiration from London, but my heart is in Mallorca.

Really Saying Something
The bizarre diversity of experience that’s got me to where I am today means I’m actually much more than a senior copywriter. But I’m not aware of a recognised term that covers all I do and all I’m capable of. If I have a speciality, it’s being “the outside voice of reason”. I know my clients highly value the ruthless scrutiny I give their proposals. “Content Dragon” maybe? I wonder what my teachers back in Southend would make of that!?

Copywriter of the week : Wim

Copywriter of the week : Cecilia Borjeson
Scroll to top /n/r/n/r