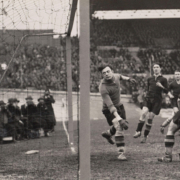 Age, gender, ethnicity and religion aside, what unites humanity?
It simply has to be that football tournament that rolls around every 4 years, and the worshiping of 22 fully grown men running around after a ball!
Yes, it’s World Cup time again. And this year the honour has been given to a country that can barely afford it, Russia!
For the Finals Draw last December, the slogan used was “Where the stars align”. It doesn’t really cut the mustard for us! It all sounds a bit too official, right? Currently FIFA are running a competition to find a slogan for the teams involved. But we’re looking for an alternative light-hearted slogan for this year’s tournament.
After the runaway success of the Russia’s Winter Olympics at Sochi, we’re sure you’ll have few problems in creatively wording how Russia will allow part deux to play out.
Last time around, we had it all. The Sochi toilets (remember them?), state sponsored doping programs, followed by an invasion or two. If you’re not already excited about next summer’s show, then there is something wrong!
So, time to put yourself in the boots of Messi and Ronaldo, or perhaps Putin and the FSB, and playfully craft a tongue-in-cheek slogan for the treat that awaits us this summer.
Past slogans include:
Brazil 2014 – All In One Rhythm
South Africa 2010 – Ke Nako. Celebrate Africa’s Humanity
Germany 2006 – Time to Make Friends
France 1998 – Black, White and North African
USA 1994 – Making Soccer History
Mexico 1986 – The World United by Ball 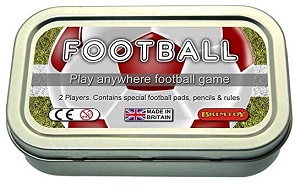 Sharpen your pencil and get ready for your own football match. This Pocket Football Game can go anywhere you go. Perfect for a road trip with the kids or for those long breaks when you’re in the stadium waiting for the real match to begin.

Send us your best slogans in the comment box below. You may leave up to 5 comments per person. Your slogan might not make it onto the official team bus, but there will be that sweet satisfaction of yelling “GOOOOAAAALLLL!!” to yourself upon being selected as the winning slogan (and, of course, the prize). So let the game begin!

In order to be eligible for this competition, please leave a comment before 12 AM (Western European Time) on April 15th. We will then post the top five entries on our Facebook page and you can vote for your favourite. Once the result has been decided we will send the winner their prize.
Until then, the game is on! Good luck!

7 communication habits that will make everyone, including you, happier