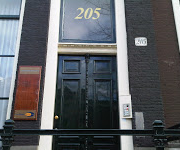 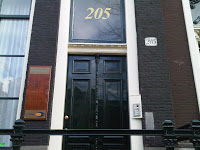 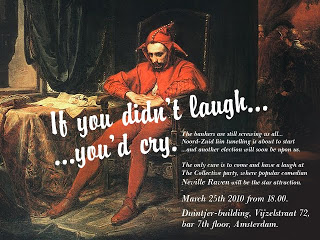 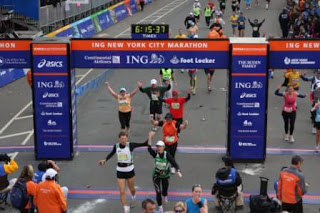 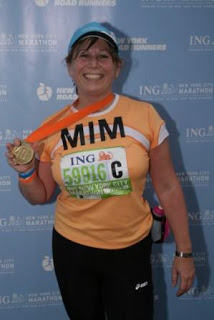 Proving she’s got the stamina and commitment needed for long-haul projects, copywriter Miriam Young ran the New York City Marathon on the 1st of November 2009, finishing in 5 hours 32 minutes. “Not a bad first attempt for the girl who used to take taxis between pubs!”
– – – – – – – – – – – – – 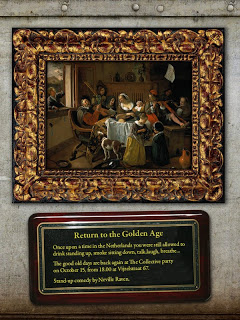 Sorry.
Our Return To The Golden Age party was due to take place on September 24th 2009. But we have had to rearrange it. The party will now take place on October 15th 2009. We look forward to seeing you there.
The Collective
– – – – – – – – – – – – –
On Friday 26th of February 2009, The Collective hosted a Recession Party on the top floor of the Duintjer CS building in Amsterdam. We chose the top floor so that anybody who wanted to end it all as a consequence of economic armageddon could do so in spectacular manner. But there was no danger of that as, due to the cheap drinks spiked with the finest drugs known to Casper, everyone was soon behaving as though it was 2007 all over again.
Even better, The Collective got to know many of the creative people who have office space in the Duintjer. And the evening was such a success that the Duintjer has asked The Collective to host another party as soon as possible. So keep checking out thecollective.net for party details!
February 8, 2011/by Paolo
https://copywritercollective.com/wp-content/uploads/2011/02/new-office-copywriter-collective.jpg 150 200 Paolo https://copywritercollective.com/wp-content/uploads/2019/05/logo-copywriter-collective.png Paolo2011-02-08 14:51:002019-07-25 12:56:01News summary from 2009
Hire a freelance copywriter Get your copywriting course

10 things you can do to get more freelance work

How to write an email newsletter: Top 10 tips for writing a newsletter people...
Scroll to top /n/r/n/r