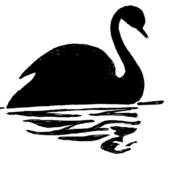 An old friend you have not seen in many years invites you over to his house for a dinner party.

It is in the swankiest part of town. A valet wearing a red tie takes your keys upon arrival. You walk through the front doors that are twice the height of any reasonable doors.

Your old friend greets you with an honestly-glad-to-see-you smile and introduces the other guests, whose casual attire lets you know you are overdressed in your sport coat.

Dinner is served. Nine courses, and you cannot pronounce any of them. The conversation wanders from international economies to politics. You find a polite (fake) reason to momentarily excuse yourself.

You’re 15 feet from the front door (freedom) when something catches your eye—a room with floor-to-ceiling bookshelves all filled with hardbacks, new and old, and a leather chaise lounge next to a single lamp. 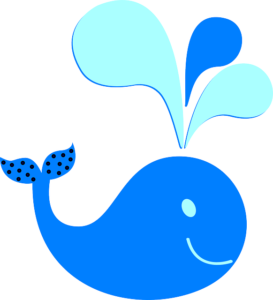 A hefty volume titled Maritime Essentials sits on the lounge. You pick it up.

“A lot to take in, isn’t it?” a voice says close behind you.

You spin around and fumble the volume in your hands. It hits the floor with a thud, lying open to a chapter titled “Echolocation and the Blue Whale.”

“Sorry,” you say. “The books caught my eye. Have you read this one?”

He picks the book up from the floor and thumbs through the pages. “Nope, not much of it, anyway,” he says. “In fact, I doubt I’ve even read a single shelf’s worth of the books in here.”

This statement, of course, leaves you with the one thought all regular people would think:

What a pretentious d-bag.

Why Your Assumption Is Wrong

The preceding story is my version of a scenario Nassim Nicholas Taleb describes in his book The Black Swan: The Impact of the Highly Improbable.

It is obvious that 99% of people would share the “pretentious d-bag” evaluation of the old friend. After all, it seems that he has built an entire library solely out of vanity.

However, as Taleb says in his book, a very small number of people will realize that this old friend is not, in fact, a pretentious d-bag.

Instead, he is simply someone who realizes one critical fact that we so often overlook as marketers…

What you don’t know is infinitely more valuable than what you do know.

Let’s take a look at an example to understand how this principle works in marketing.

The year is 1999 and you are in the stereo business. Market research (which I am making up for the purpose of this example) tells you that:

You look at the research, at the things people already know, and you say, “Hot damn! Let’s manufacture a stereo that will make your CDs sound better than any other stereo on the market! People seem to be crazy about these things!”

And as the factories take your orders and get to work producing tens of thousands of units, Steve Jobs is in his office dreaming up the iPod.

Why? Because he is focusing on what he does not know.

The Illusion of Confirmatory Data

It’s much easier to prove that something is wrong than to prove it is right. The illustration used in the book I mentioned earlier, The Black Swan, is—as the title suggests—a black swan. 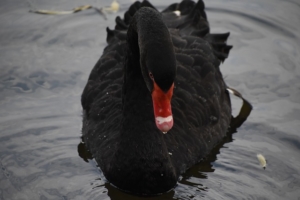 For years and years, people believed that all swans are white. Why? Because the sight of white swans kept confirming their belief. That entire belief came crashing down, of course, with a single sighting of a black swan. As Taleb says:

One single observation can invalidate a general statement derived from millennia of confirmatory sightings of millions of white swans. All you need is one single (and, I am told, quite ugly) black bird.

You cannot assume something is true because you’ve always seen it happen a certain way.

Assuming all swans are white because you keep seeing white swans is no different than assuming everyone wants CDs because they keep buying them. All it takes is that one iPod, that one black swan, to change everything.

But, so often, the really huge wins come when conventional wisdom is bucked.

That’s why the folks behind the game Cards Against Humanity did a Black Friday “sale” in which they raised the price of the game $5…and proceeded to have one of their best sales days of the year while media outlets like The Guardian, USA Today, and BuzzFeed made it a news story.

Almost everyone starts out using the same strategies as everyone else. But, in the long run, it pays to occasionally test ideas that seem a little crazy.

“In the long run, it pays to occasionally test ideas that seem a little crazy.”

Remember Radiohead’s “pay what you want” album, In Rainbows? There was no data indicating that strategy would lead to massive exposure and sales. It was purely unknown territory. They took a page out of a book no one had ever read.

And did something so massively successful that it will be remembered for a very long time.

Perhaps most importantly, what are you not focusing on?

About the author: Will Hoekenga

I’m a full-time copywriter for the awesome folks at LeadPages, which is seriously the best landing page creation and online lead-gen tool out there (trust me..I was a customer before I became part of the team).

Great copywriting is about great sentences