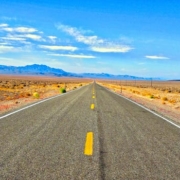 I once had the pleasure of working at Abbey Road Studios. I could write this post about how cool it is to walk in there, knowing that the crowd of Japanese tourists must think you’re some kind of rock star. (Quite an old, fat one admittedly, but a big shot none-the-less.)

I could tell you all about lurking around the gear-strewn corridors in which generations of famous musicians must have got lost. Or maybe about wandering into rooms whose walls echoed with the first hesitant chords of all the Beatle’s’ albums, Floyd’’s Dark Side of the Moon, Radiohead’’s Bends, odd U2 tracks, and of course Quintet for Piano and Winds by the Dennis Brain Wind Ensemble with Colin Horsley!

Sorry. I want to make a point. 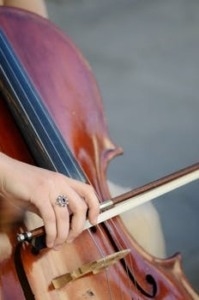 The session was booked to start at 10.30. Thus, gradually, from about 10.10, sixty musicians arrived. Some alone, some in groups. They sat down. They tuned up. They relaxed; flexed fingers; exercised embouchures. They read through their parts.

And on the dot of 10.30, when Guy Farley (our composer and conductor) tapped his baton lightly on his score, they were ready to work.

Sixty people. Ready to use a range of talents on all sorts of different instruments. Working together harmoniously (literally) to produce something superb. And all in one hour. Fantastic.

How different from what goes on in agencies.

Because what didn’t happen was any, or all, of the following:

The session arranged, cancelled, re-arranged, then re-cancelled, then moved to a different venue.

The violins deciding that they want to play the clarinet part instead. The clarinets getting defensive about their parts and ganging up with the glockenspiel players.

No-one being the conductor. Or several people conducting at once, all standing in different places, beating different times.

Four people’s’ mobiles going off. Everyone ignoring the conductor. The double bass player having another session to go to.

Everyone agreeing to rearrange the session.

Everyone thinking they’d established what the music is going to be at the next session, but, you know, keeping the door open to the other pieces just in case.

A little shambolic jaunt through one of the pieces (out of time and out of tune) just for ‘research’.

And in the end, no music.

Just the first faint whiff of yet another last minute panic, just over the horizon.

Maybe there’s a moral in that:

That if everybody concentrates on doing the best they can in their own field of expertise, but does so fully aware of how their bit contributes to the whole piece, something beautiful can be created.

Maybe more agencies should try it out..