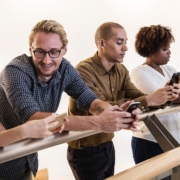 In the digital age, the world is becoming smaller and smaller. As we begin to utilize social media we soon find out that there is less than 6 degrees of separation between most people. The more we network using social media the degrees of separation become even smaller and smaller. Ultimately there becomes a thin fine line between you, me and the rest of the world.

Maintaining your social media feed is important if you are working in the creative industry or any other industry for that matter. Also engaging those who follow you also becomes quite important. And this should not even be looked at just on a personal networking level, but also for exposure of brands.

As a creative I utilize Instagram. It has become an easy great place for me to connect with those who like my artwork or read my articles. Sometimes I will discover an artist, then randomly they will like something on one of my feeds (before I have even made contact with them). These random happenstances seem to happen more and more often.

How does this relate to marketing? Well if an average person can engage people and connect with others via social media…then it is very important for a brand to establish themselves as well via social media. However, I think with many brands it requires being clever and creating a unique social media feed. If a brand’s feed comes off as too commercial…then many will disregard the feed. 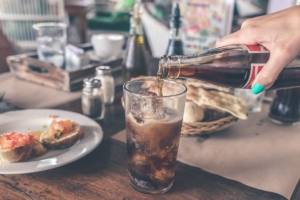 By utilizing social media a brand can introduce their product or services to people who have yet to discover them. Thus, if used correctly the reach of the brand grows exponentially. Now if that brand engages people who engage them or for that matter engages people who do not engage them that reach doubles. Let’s say you are managing the feed for Coca-Cola on Instagram. If from time to time you look up hashtags relating to Coke…and then like or comment on pictures that follow the Coca-Cola spirit. Those people who shared those images will become curious and view the companies social media feed. Then if your feed proves to be interesting or even has contests this may spark the interest of the person viewing the company’s feed, which in turn may make them decide to follow the Coca-Cola feed.

GRANTED…if a company does engage the community they should do it in a sincere manner.

Also, the company cannot go and post “ENJOY COCA-COLA” as comment who those who created good images with the hashtags relating to the beverage. You need to create unique little posts that do not sound as if they were copy & pasted or as a commercial. If you engage people via social media with witty or fun or thought remarks then that will make a difference.  Simply copy and pasting the same comment every time comes off as horrible.

Example: Every time you write a Tweet to Pantone you will get something like the following: “What color are you feeling like today?”.  This is the most insincere thing ever.  No one wants to read responses from a BOT!  I love Pantone, but this is one thing that they should change.

For year’s the world has been experiencing a global connectivity that has transformed the world into one community. This community via social media allows one to remove the degrees of separation between other people, users and their community…thus creating new bonds and followers. Whether you are a large company or an artist or a regular person… networking via social media has its benefits if used correctly.

Kenneth is a creative from New York City that is currently living in Europe. He is part of several Adobe programs such as the Adobe Influencer DACH program and Adobe Community Professionals Program as well as Wacom Evangelist. As an internationally published writer and content creator, Kenneth has spoken at conferences across Europe. Topics include: Creativity, Social Media and Community Development. One of his crowning achievements is having produced two full-scale creative conferences for Adobe in Germany.
Visit Kenneth’s portfolio at:  https://kennshinabery.myportfolio.com/
Or connect with him on LinkedIn:  https://linkedin.com/in/kshinabery

Copywriter of the week : Stephanie Wollenberg
Scroll to top /n/r/n/r