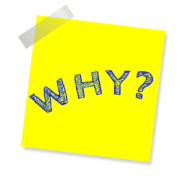 When I was in grade 12, the final year of high school in Australia where I grew up, we were given a year-long writing assignment in English class.

We had to spend the entire year researching and writing about a topic, then by the end of final semester, submit this monster 10,000 word assignment.

10,000 words back then was a HUGE number to my teenage self. I would never have believed ten years later as a blogger I could pump out that many words in a weekend!

Star Trek Is The Answer

You could say I was way more geek than party-animal at 18 (I’m still the same today). As a result a Friday night with take-out Chinese food and a new Star Trekepisode was heaven.

I never liked writing much when I was growing up. I remember during high school, carefully reviewing the assignment criteria for each subject, giving out an audible sigh when I saw the word count requirements.

I struggled at first to come up with a topic for my year-end English assignment. I was not a good student, did not like studying and most of all hated assignments because they had deadlines. I really disliked deadlines.

After several months of procrastination and a looming deadline for the first part of my English assignment it dawned on me — I could write about Star Trek!

I hadn’t considered writing about something I actually enjoyed because up until then I was told what to write about. As a result, every assignment was a painful, laborious process of forcing myself to research and compile words about a subject I cared nothing about.

My final year English thesis was open-ended enough that I could propose Star Trek as the subject, as long as I tied it into a theme the teacher thought was relevant.

I made the pitch for my proposed Star Trek ‘research paper’, and for the first time ever in my twelve years of schooling, was able to write about something I cared about.

My Best Grade Ever

Despite my love of Trek, facing a 10,000 word mountain to climb meant I still wasn’t exactly looking forward to the job.

I procrastinated as always, then as the deadline loomed threw myself into the writing.

Knowing my subject meant I didn’t have to force myself through a painfully boring research process, but I still had to produce 10,000 words.

It took a month, but I got the project done just in time, and handed in my paper.

To my surprise, upon graduation my English grade was my best result ever.

I got an A, and it was largely due to my Star Trek final assignment since it carried the bulk of the assessment weighting.

Grade A was not a very common result during my school days. I produced a couple of assignments that earned an A, but my final year English class is the only subject I landed an end of year top grade.

When people ask me if I had any qualifications before I started blogging I tell them about that grade ‘A’ in high school English (as a joke more than anything!).

I’ve never studied writing, never wrote for pleasure or kept a diary as some of my friends did growing up.

I enrolled in a business degree at university after high school, which I am sad to say did not change my experiences with writing. 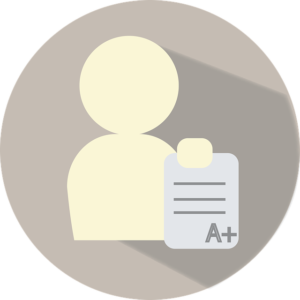 The only difference were the word counts – university lecturers expect more of their students than high school teachers 🙁 .

I got through my university degree in four years, one year slower than the prescribed three year curriculum (I found I was better able to cope with just three subjects a semester).

After graduation, I was well and truly over studying. I saw myself as an entrepreneur, so I was going to do my best to focus on business and making money.

I was looking forward to a life free of assignments…

The Entrepreneur Becomes A Writer

As you may know if you have read or listened to my background story, during my early twenties I enjoyed some success with a website about the card game Magic: The Gathering and also an English editing business, BetterEdit.com (I was not the editor!).

Despite that business success, I still didn’t feel like I was on the right track.

I wasn’t making the kind of money I wanted to and I didn’t enjoy running the businesses I was running.

I loved being an entrepreneur, in particular generating ideas. I enjoyed fantastic freedom in my life, with absolutely no deadlines. However, I was still jumping around, trying things and quickly dropping them.

I lacked focus, purpose, and direction. I just hadn’t found my mojo so to speak.

I started a blog in 2004, initially as a marketing experiment for my editing company. That experiment didn’t last long because I didn’t like writing about editing, but I did enjoy writing about my ideas and experiences running my business.

That’s why in January 2005, at 25 years old I started a blog purely to write about the subject I cared about, entrepreneurship.

For the first time, writing became fun. I had no deadlines, no grades to care about, and I could write as many words (or few) as came to me!

It was thanks to this freedom and love for my subject that I discovered writing. It became my passion.