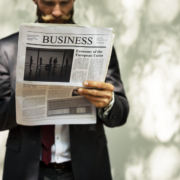 “If you don’t know what you think, you can’t write it down,” said my longtime colleague and book co-author John Butman some years ago.

Yet how many of us take on a business writing exercise – email, blog post, even web page – without thoroughly thinking through the key issues needed to make that piece of writing work properly … before we write anything down?

Most of us fall victim to it. Even I do, and I’ve been a professional business writer since Madison Avenue was a dirt track with an Algonquian name.

It’s all part of our tendency not to engage brain before putting fingers into gear. Here is one classic symptom, with a suggestion on how to treat it…

“When you’ve finished your first draft,” says another writer colleague of mine, Montréal based Nick Usborne, “remove your first sentence. Nine times out of ten that will improve the piece a lot.“

Why? Because you have just started writing, without enough thinking

And that’s hoping by paragraph two you’ve thought about what to write and are getting on with it.

Much as my colleagues’ advice is superb, however, people often don’t realise that they don’t know what they think. If that sounds a bit bizarre, that’s because it is…

Surprisingly, it’s not about what you want to say

Yes, really. The vast majority of business writing is intended not merely to express what you want to say, but also – often more importantly – to bring about a desired action on the part of the reader. That means your thinking needs to cover two areas, not one:

If the reader is someone who has no choice but to do what you want, then point number 2. isn’t difficult. However, the vast majority of stakeholders, and especially customers and prospects, are not obliged to do what you tell them. Now what?

Think and write to get results, not revenge

OK, if you’re sending an email to a supplier asking them to replace a faulty toilet, complain about late deliveries or ask their driver not to spit on your nice new flooring, your first temptation will be to read them the Riot Act.

But even when you feel like firing a small thermonuclear device at someone, remember that as my old Canadian Dad used to say, “you’ll catch more flies with honey than you will with vinegar.”

If you’re writing to put things right, you’ll soon realise that what you want is a quick and painless resolution of the problem, or else a quick dismissal and move on elsewhere. Shouting abuse may make you feel better but won’t get results.

The assertive (not aggressive) approach may not beat pulling the wings off live flies for getting revenge, but it does allow everyone to save face and so win-win. Thinking about what to write and how to write it may not come easy, to begin with, but give yourself some time to calm down and think, before you write.

And think about “what’s in it for them?” 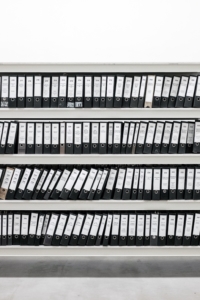 Anyone who has read my stuff more than about twice will know I’m always banging on about “stop writing we-wee,” the “SO WHAT? Test,” and “what’s in it for me?” There is a reason for this, and it’s because, in any form of writing that has even the merest whiff of marketing about it, your reader does NOT care about you or your issues. They care only about what’s in it for them.

Don’t forget that there is this whiff of marketing about apparently unrelated writing, like reports, proposals, white papers, blog posts, etc. Much as these genres ostensibly are not about selling, nine times out of ten you are trying to sell readers if not a product or service, at least a concept/notion/idea.

Once again, check out the two golden rules from above …

Start thinking from point #2, and write your text backwards

Rather than go on about this particular issue here, please read this tutorial about writing proposals. It takes you step by step through the whole process of starting with what you want to happen, and structuring the proposals so readers are led gently but surely to where you want them to be.

It may sound a bit sneaky, but then so is business.

As for marketing copy and blog writing, you know what to think before you write … don’t you?

And if you really want the “what’s in it for me” / “features and benefits” concept in detail, this article – based on a very popular eBook – spells it out usefully.

What advice can you share with us about thinking before writing?

About the author: Suzan St Maur

This article first appeared on Suzan St Maur’s award-winning writing resource website, HowToWriteBetterHTWB … with more than 1,500 articles and tutorials on a vast range of topics from business to fiction, training to comedy, by Suzan and many other writing experts from around the world. An experienced expert in marketing communications, Suzan is now an author coach, book publishing consultant, and best-selling author.

This article was first published by Suzan St Maur

How to Create a Company Slogan that Will Get You Noticed