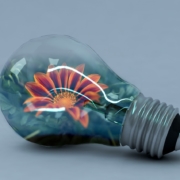 On the Comeback Trail With the New Kids on the Block

Creativity is making a comeback. After “tech-ing” up the past few years, agencies are beginning to remember what they actually get paid to do: create communications. The axis is shifting back to content from context. And that’s a good thing.

Last week, Google paid $23 million for Frommer’s, a relatively stuffy travel site. True, Google can pull $23 million out of the petty cash drawer, not a significant financial investment. But, it’s the gesture that is symbolic. They paid for content (however pedestrian). The world’s technology king, with all it’s crawlers and spiders, is buying creative content.

Through the growing pains of tech-ing up these past few years, agencies have lost their creative luster. The new breed: creativus millennial doesn’t regard advertising as the creative cauldron of tomorrow. They’re creating new forms of communication and it’s not about sales — it’s about engagement, it’s experiential. They would rather work in Silicon Valley than Madison Avenue. Shoot, are there even any agencies left on Madison Avenue?

I see signs of things coming back full circle, however. Fifteen years ago, you could go into a new business presentation and simply tell the client, “we’re gonna make your brand cool.” If you had the work to back that claim — both in your portfolio and for them in spec — you had a chance of winning the account. Then came the triple-whammy recessions (dotcom bust, 9/11, mortgage crisis: bang, bang, bang) and the bean counters took over. ROI and compliance ruled the road. If you told a client 5 years ago that you were “gonna make their brand cool”, they called security to escort you out of the building.

Well, I’m glad to report that it’s kinda cool to be cool again. Which, in itself, is kinda cool. Clients and therefore agencies are recognizing that the channels are cool, the technology is cool, the new toys/devices are cool. So, the content needs to be cool, too. But the rules of engagement have changed. We’re not selling anymore. We’re telling. We’re conversing.

So, who’s this new creative person today? Nobody asked me, but here are some thoughts:

About the author: Mike Palma

In 2006, Mike launched The Palma Group as a hybrid ad agency headhunting/rainmaking firm which made for big news: http://www.adweek.com/news/advertising/ex-bbdo-atlanta-exec-opens-palma-group-83330. He has helped deliver hundreds of accounts and talented people to clients since.

This article was first published by Mike Palma

What you can learn from Holden Caulfield