It’s probably happened to you before: you fire up your laptop full of the best intentions, ready to finish that big draft on your to-do list. You are a pillar of focus and productivity. Then, before you know it, hours have passed, you’ve only managed to squeeze out a few shaky paragraphs, and now you’re deep in a Twitter thread exposing how that one influencer faked her entire engagement.

Okay, so maybe that last bit is just me, but if you’ve ever worked solo, you’ve more than likely had your own encounters with the twin evils of distraction and procrastination. But what if you could banish those demons for good? That’s the promise of the latest trend in remote work: virtual coworking.

If you’re a freelancer, you’re no doubt familiar with coworking, where you share an office-like space with other professionals. The idea is that by surrounding yourself with like-minded individuals, you’ll avoid the isolation and distraction of working alone, and feel more motivated and focused to boot.

Virtual coworking builds on the same principles but takes away the shared physical space. Instead, interaction happens via your computer screen: almost like Slack meets Spaces. You log onto an online portal and connect with other workers using video and collaboration tools.

So far, so simple, right? Well, here’s where it gets a little stranger. The latest crop of virtual coworking startups is using some pretty unconventional methods in a bid to help you beat procrastination.

When strangers watch you work

One of the biggest names in the space, Focusmate, pairs you with a complete stranger for a shared work session over webcam. It works like this: you schedule 50-minute blocks of time where you’d like to focus on a task. Focusmate matches you with someone trying to get work done during the same block of time. The technology sets up a video conference between the two of you. At the beginning of your session, you each announce your goal, then start working in shared silence.

I’ll admit, having someone watch you via webcam while you work does sound more like the setup for a stalker film than a productivity hack. Yet, after trying out Focusmate for myself, I found the reality to be surprisingly mundane – and motivating.

Sure, it was a little awkward reading out my task list to a stranger – in this case, another writer called Lydia who was working on a screenplay – and in the first few minutes of the session, I was more self-conscious about being watched than focused on my work. But once I realised that my partner was actually getting down to business and not obsessively observing my every move, I felt a strong urge to keep up. I ended up tackling my tasks (a couple of job applications and a journal pitch) with much more focus than usual. When our 50 minutes were up, I’d ticked off all but one item on my to-do list and logged out feeling pretty pleased with myself.

Tapping into the Power of Psychology

My experiment with Focusmate left me curious as to what made this kind of virtual coworking so effective. A little research revealed that there are some strong psychological forces at play here. First of all, it turns out that working in the presence of other people who are also working is a powerful motivator.

Even more powerful is the accountability factor. When you commit to doing something with someone else, the stakes suddenly get much higher. If you back out of the agreement, you’re essentially breaking a social contract, which brings with it shame and guilt – feelings that many of us will go to great lengths to avoid. Take going to the gym as an example. It’s easy enough to skip a session when you’re training alone, but much harder when you’ve made plans to workout with a friend. That’s the accountability factor at work.

So, can virtual coworking really be a cure-all for the procrastination-prone? Firms like Focusmate lay on the buzzwords and benefits pretty thick. There’s a lot of talk about empowerment, accountability and connection; plus, a claim that Focusmate “harnesses pillars of psychology proven to boost productivity 200-300%”.

My inner sceptic can’t help but react to these slick statements with a healthy dose of suspicion. I definitely don’t believe that virtual coworking is a sure-fire route to becoming a lean, mean productivity machine. And even if it could, the obsession with ultra-productivity has always struck me as pretty bleak: it demands that we sacrifice our leisure and passion pursuits at the altar of work, giving up more and more to our employers while leaving less for ourselves.

Clearly, productivity for productivity’s sake shouldn’t be the end goal. But when there’s something that you really want to accomplish, virtual coworking does offer an effective tool for simply getting stuff done. So, while I don’t think I’ll ever fully escape the siren call of social media and other focus-killers, it’s nice to know that virtual coworking is there to help make freelancing a little easier and less lonely.

Continue Reading: 7 Tips for freelancers to stand out in the gig economy

Rhian is a freelance copywriter who swapped the beaches of Barbados for the canals of Amsterdam. When she’s not questioning the wisdom of that life decision, you can find her writing about all things digital and tech. 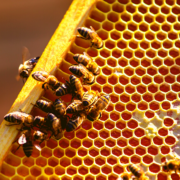 How to show you’re productive when working remotely 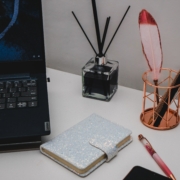 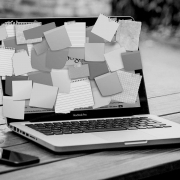 Freelancers: How to be productive and happy with a bit of self-improvement
Hire a freelance copywriter

How can digital marketing work for your business?