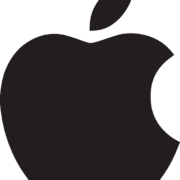 From a business perspective (along with a whole bunch of other points of view), Apple has won. One piece of proof in particular has me convinced, though: consumers have opened nearly 800 million accounts on iTunes, most of which have credit cards attached.

Since most people don’t bother adding a credit card to an online account until they actually have to (i.e. to complete a purchase), it’s safe to assume that nearly 800 million people have bought something from Apple. Furthermore, that number means that nearly 800 million people can make additional purchases from Apple with almost no friction — they can buy from Apple with minimal effort or opportunity to change their minds.

To make matters more interesting, Apple has managed to create an ecosystem where buyers are more willing to spend money than their counterparts using Android and other alternatives. Technomadia just published a particularly interesting breakdown of how their recent app launch did in the iOS and Android marketplaces, if you want a closer look at how buyers really make their app purchasing decisions. The TL;DR? The sales numbers worked to about 3 iOS sales for every 1 Android sale.

About the writer: Thursday Bram

Thursday Bram has written for CNET, GigaOm, Lifehack and a variety of other sites it’s quite likely you’ve heard of. It’s also quite likely she knows what she’s talking about when it comes to writing for a living.

Is that a Marketing or Strategy Question?