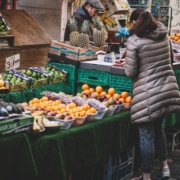 That’s the secret magic formula to world class copywriting and all you need to know about the importance of copywriting. Using this formula can lead to 20-25% more likeability, 60-75% more buying activation and buzz and 90%+ more consideration about your brand. You can stop reading now.

It’s 30 years this week since I wrote my first ad copy and it’s also the anniversary of the death of one of my mentors – an old school “Mad Men” type who actually did a spell on Madison Avenue and, legend has it, once had a cup of coffee with Shirley Polykoff.

“Who?” I hear you ask. Shirley Polykoff, the American advertising executive whose “Does She… Or Doesn’t She?” tagline for Clairol dramatically increased sales and earned her a place in the Advertising Hall of Fame. That’s who. 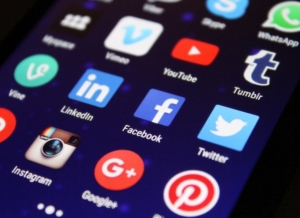 And the thing about Polykoff’s famous hair product ad is that is follows the formula – Empathy + Humour + Suggestion x Value = Success. And the story behind that ad is just as compelling.

In 1956, when Polykoff was a junior copywriter at Foote, Cone & Belding, she was given the Clairol account. The product the company was launching was Miss Clairol, the first hair-color bath that made it possible to lighten, tint, condition, and shampoo at home, in a single step-to take, say, Topaz (for a champagne blond) or Moon Gold (for a medium ash), apply it in a peroxide solution directly to the hair, and get results in twenty minutes.

According to Malcolm Gladwell, in his article about Polykoff in the New Yorker, ‘when the Clairol sales team demonstrated their new product at the International Beauty Show, in the old Statler Hotel, across from Madison Square Garden, thousands of assembled beauticians jammed the hall and watched, openmouthed, demonstration after demonstration.’ This was to the world of hair colour what computers were to the world of adding machines.

The sales guys had to bring buckets of water and do the rinsing off in front of everyone, because the hairdressers in the crowd were convinced we were doing something to the models behind the scenes.

Miss Clairol gave American women the ability, for the first time, to colour their hair quickly and easily at home. But there was still the stigma that the only women who went blond were chorus girls and hookers.

Polykoff knew immediately what she wanted to say, because if she believed that a woman had a right to be a blonde she also believed that a woman ought to be able to exercise that right with discretion. “Does she or doesn’t she?” she wrote. “Only her hairdresser knows for sure.” Clairol bought thirteen ad pages in Life and Miss Clairol sales rocketed. That was the beginning. For Nice ‘n Easy, Clairol’s breakthrough shampoo-in hair colour, Polykoff wrote, “The closer he gets, the better you look.” For Lady Clairol, the cream-and-bleach combination that brought silver and platinum shades to Middle America, she wrote, “Is it true blondes have more fun?” and then, even more memorably, “If I’ve only one life, let me live it as a blonde!”

From the fifties to the seventies, when Polykoff gave up the account, the number of American women colouring their hair rose from seven per cent to more than forty per cent. Hair dye is now a billion-dollar-a-year commodity. 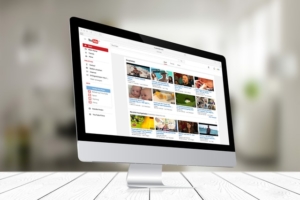 I gave a talk to some marketing students recently and was asked: “do you need to be a good writer to be a copywriter?” Urrrmmm? Not 100% sure, but copywriting doesn’t need to be perfect prose or follow every grammatical rule in the book. What it does need to do is get the attention of your client’s customer, highlight their pain or problem and show them a compelling solution. My advice to them was “write it as you’d speak it.”

This was also Polykoff’s advice. “Copy is a direct conversation with the consumer,” she said, which brings me nicely to my top tips for writing world class copy.

People don’t turn something down because it’s too expensive, they turn things down because they don’t see the value.

About the author: Phil Shirley

“Phil Shirley is a marketing entrepreneur who helps ambitious growing businesses make their marketing pay. He has helped over 500 businesses make more than £500 million. Phil is also an experienced copywriter, ex-journaist and author of several successful books.”

The Four Pillars Strategy: Breaking Up The Concrete Of Traditional Marketin...

Marketing Insight: Discover What Your Clients Will Look For Over The Next Few...
Scroll to top /n/r/n/r