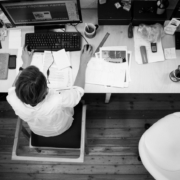 Advertising has been declared dead so many times that if I had a penny everyone organised its funeral I wouldn’t still have to work in it. But, here I am, still trying to make better work than I did before, because that is how I was raised.

I cut my copywriting teeth at an agency that had a very simple mantra about its work:

Let’s make ads that are more entertaining than the shows we are interrupting.

This was based on the premise that a lot of ads were terrible, using formula, cliche and superlative to beat clients’ message into the brains of people. At the time, and I am showing my age here, people didn’t have that many options to avoid advertising. If you didn’t want the latest jingle about which detergent washes whiter uploaded into your memory you would have to get up to go make a cup of tea.

So the idea was to make advertising that people would love — little half-minute mini comedies and dramas. People didn’t walk away from this type of advertising because it was magic and awesome.

To make this kind of work, we had to gain a better understanding of the people we were advertising to. We had to work harder to make sure we were working with the right insights and human truths. And we had to work many long hours to write more scripts and draw more scamps than our competitors, because breaking convention is always harder than following it. 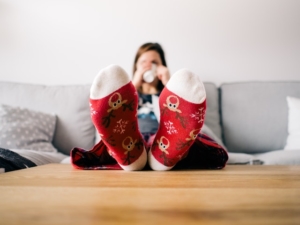 We got it right. In the 90s, TBWA\Hunt\Lascaris won every global accolade for the work it produced for BMW, Nando’s, Standard Bank — and many more. The work made the agency and the clients famous. Great creative people, even from around the world, wanted to work there and were willing to take paycuts for the privilege.

But that was then and this is now. Fast forward to 2015, and we find ourselves in an age where technology has enabled people to avoid bad advertising.

The marketing world has gone into a mild panic, to say the least. Advertising creativity festivals, that used to be about celebrating great work, are now mostly conferences in which marketing people slingshot from one seminar to another go sit at the knee of another technology prophet to understand how to buzzword the buzzword into buzzword.

Of course, understanding technology is a good thing. In fact, tech is our friend. It has given us new tools to make our stories even more compelling and better. But it shouldn’t distract us from the fact that even though the media has changed, that people haven’t. We are still the same hominids who sat around the fire millennia ago, trying to outdo each other with our stories.

Doing our jobs well still starts with putting in the time and investment to find the right insights and putting in the extra hours to make create better and more insightful stories than our competitors — whether it is another agency, or a kid with an iPhone and Adobe Creative Suite.

We should still set out to create magic and awesome, because that is what makes work unskippable and shareable.

Great work is and always will be about compelling, relevant stories, delivered in a surprising and magic way, no matter the media or the platform it is delivered on. Bad work just found itself some new buzzwords.

About the author: Leon Jacobs

Primarily interested in the breathtaking potential of ideas, and open connections. A long track record in advertising creative development and strategy with a focus on the development of creative intelligence.

This article was first published by Leon Jacobs

Common Mistakes of The Rookie Copywriter