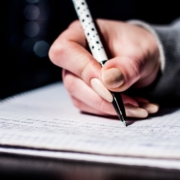 In the dark corner of the room, I heard my oldest writing mentor cough. He walked from the shadows into a dusty beam of sunlight at the end of the table. “This is it,” his voice rasped as he sat down. “This… this… is the secret of emotional writing.” The hair on my forearms rose. I pulled my jacket around me. I wasn’t expecting what happened next.

You see, I’d been waiting years to find out the magic process that brewed emotion from words on a page. I had studied the greats. I had read them until my eyes swelled closed and the sentences danced into each other on the blurry page. I had searched for a long time to find the mentor, and paid dearly to share his knowledge. And now the secrets lay before me … the same secrets I’m about to share with you.

Each pearl of wisdom rattled and echoed in that room as they dropped before me. Five of them in all. And as I wrote them down, I watched the words mock me from my notebook. I thought … ‘that’s it? That’s the secret?’ It couldn’t be that simple.

We are often advised to appeal to readers’ emotions. But that’s tricky to do if you aren’t trained in copywriting. The good news is, you don’t have to work it out for yourself. It isn’t difficult to find a credible anthropological and biological explanation of emotion. They just sound so unemotional that you don’t really take them in. So here’s the science first. Take a breath.

There is a well documented psychological process called mirroring. It is where the subconscious replication of nonverbal signals can simulate an emotional response. Watching people cry makes you want to cry. Watching people smile makes you want to smile. Mirroring also occurs with sound and with words (which, according to Saussurian linguistics, are comprised of the word itself and an associated sound/image).

Mirroring is popularly described as imagination. By reading (or seeing, or hearing) certain emotional responses, your audience will also experience them, to a certain degree. So when you read this stanza from a famous Australian poem … 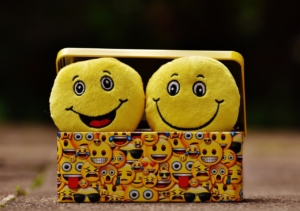 But the man from Snowy River let the pony have his head,

And he swung his stockwhip round and gave a cheer,

And he raced him down the mountain like a torrent down its bed,

While the others stood and watched in very fear.

(from The Man From Snowy River, by Banjo Paterson)

… you feel (to a degree) the excitement and fear felt by the characters you’re reading about.

The real meaning of ‘feelings’

That can be as simple as describing shivering, rather than saying, “I was scared.”

The power of the following ads for UK fitness brand Gymit (reproduced from the excellent Creative Copywriter blog) comes from using the senses of smell and taste to elicit a very simple emotional response around the Gymit brand: 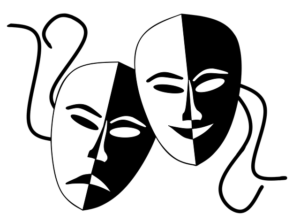 Like a story told in a few words, the Gymit ad flips the emotional impact of a term like “gym smell” and, by adding the word “new”, creates an immediate, sensual emotional response.

You can elicit emotion in this way without being able to perfectly articulate it. Check out this passage from Ernest Hemingway’s The Old Man and the Sea:

Sometimes someone would speak in a boat. But most of the boats were silent except for the dip of the oars. They spread apart after they were out of the mouth of the harbour and each one headed for the part of the ocean where he hoped to find fish. The old man knew he was going far out and he left the smell of the land behind and rowed out into the clean early morning smell of the ocean.

The five secrets are…

So the five secrets of emotive prose are simply the five senses: sight, smell, sound, touch and taste. If you write about anything, determine the emotion you want to elicit then describe the physical response. It will be far more powerful than lecturing about product benefits, or describing a series of actions.

And as I said at the start, it’s not difficult. Rather than writing that someone is happy, describe the smile stretching the sides of their lips. Rather than saying they are sad, describe the glassy, brimming eyes or the gasp as their breath leaves their body.

You don’t even need to cover every sensual response in every paragraph. Just do enough to create the reaction you want. Try it next time you tell a story, and see for yourself the different impact it will have.

Still not convinced that this information can do anything to help your marketing? Why not go back to basics, and read our explanation of what this content marketing malarkey is anyway.

If you do think this information is useful, your next step is to work out how you can get the most from the piece of content you’ve just created. Here’s a rundownof different ways you can repurpose original content to get the most out of it.

About the author: Rob Johnson

Rob Johnson is a director of Engage Content. When not writing about all aspects of content marketing, he leads a team of talented and good-looking writers and editors all living a Gen-X fantasy existence in a top secret headquarters in Pyrmont, on Sydney’s fashionable western side.

au.linkedin.com/in/robatengage
This article was first published by Rob Johnson

The Secret to Marketing is Irresistible Copywriting