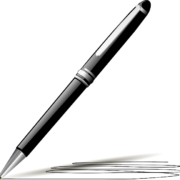 Due to the popularity of the post, “On Writers, Copywriting and How to Build a Portfolio”, I’ve decided to continue on the theme. Of my 38 posts, it’s been the most heavily re-tweeted. So we’ll give our readership more of what it seems to want.

Yes, writers are a peculiar and dwindling lot. Without writers, what would we read? Lately, I’ve taken to buying and reading books on my iPad. I just finished, Havana Nocturne: How the Mob Owned Cuba and Then Lost It To the Revolution. And I’m now beginning the new Mickey Mantle book by Jane Leavy. Neither book is terrifically well-written; nor riveting. The subjects are interesting and occasionally fascinating but the prose itself lacks a certain craft — a style. This reminded me that we are not to confuse topical or entertaining content with good writing. 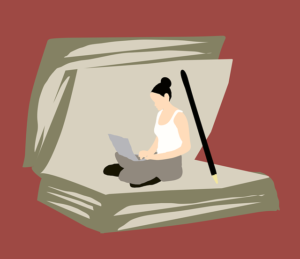 As Auden said so well, “It is the duty of the writer to make language new” (I know, I beat that line into the ground, but it’s the best one I’ve ever heard about writing). I didn’t understand this at first. Or, I understood it on an academically superficial level. But, when I first read Jay McInerny’s Bright Lights, Big City in the mid-80’s, I finally grasped what Auden meant. It reminded me of Kerouac, in that each page was exciting — not so much for the narrative — but for the language and the style. When a great narrative meets original style, you have a masterpiece, likeThe Great Gatsby. It doesn’t have to be a novel. It can be an essay (“Hub Fans Bid Kid Adieu”) or journalism. Actually, one of the most compelling works I’ve ever read is the Unabomber’s Manifesto. Revolutionaries make great writers — I regularly read Fidel Castro’s weekly column, Reflections.

Strunk & White have taken a lot of hits. Long dismissed by the high-waisted, khaki-wearing academic set as “50 Years of Stupid Grammar Advice” — yet, just the title itself, The Elements of Style, strikes a chord in me. It begs the question, “What makes a writer a good writer?” I keep going back to Auden’s quote, but that too lacks instructiveness. Sure, Dylan can write songs, but what makes them good lyrically? What makes Howard Gossagespecial? What makes an Updike novel an Updike novel? Well, it’s the same thing that made Twiggy a sensation, and Jackie O an institution: STYLE.
How does one define style, then?  That’s a bit like trying to catch lightning in a bottle (eek, what a cliché!). That’s like trying to describe the color red to a blind person (there you go! make language new). Or diagramming a play for Julius Erving. Style repels definition — it relies on grace, color detail and description. These are some of the elements of style — but they are not style itself. Style is distinctively original and inimitable (yet entire industries thrive by mimicking it). You can write like Bob Dylan, but you can never be Bob Dylan. 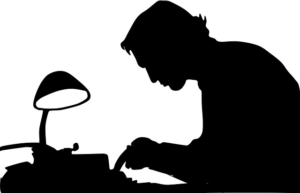 Narcissistic writers reveal themselves — their verbosity overwhelms the narrative, or the lyric, or the ad. Don’t confuse description with verbosity. Even if you are a walking thesaurus, you are still not a gifted, stylish writer. You just have a good memory. That will get you through college, but it won’t win you the Pulitzer prize — or even a One Show Pencil. Style derives from acumen and attention to detail. It is learned in diners and train stations. It is acquired through experience by reading, listening, observing. Writing style begins with a sensitivity to the human spirit and condition. Writers look at the world differently. They extract meaning from the mundane. They distill amazement from the minutiae. This is why they are often monikered as “eclectic” — as if they don’t fit in to society. 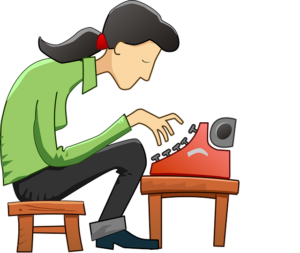 To illustrate the point of verbosity versus description, let’s take a quick look at Bruce Springsteen’s writing. His first three albums are verbose beyond immediate assimilation. Clearly, a young, ambitious (and somewhat narcissistic) writer trying really hard (maybe too hard) to be a poet. I like some of those songs, they’re good. But with his next three albums, he grew as a poet and did what all great writers learn to do: SAY MORE WITH LESS. He became a reductionist. He made language new. Darkness On the Edge of Town,The River, and Nebraska, with their minimalist, austere and stripped-down lyrics are works of a disciplined writer. I’m not knocking the first three records, but it’s instructive to see how the writer evolved from an ebullient romantic to a disciplined realist. In short, writing is not typing. It’s typing and editing and reducing.

What does all this have to do with advertising? I read a lot of “agency positioning” stuff.Everyone seems to have a new tag line for their agency: “Rethink Everything”, “The Factory”, “Brand Storytellers”, “Ideas for the New Whatever”. Yada. My favorite agency tag line is 84 years old,McCann-Erickson’s “Truth Well Told”. This captures my point in 3 words more accurately than this entire post (talk about verbosity,Palma!). It’s not the content, or the concept, for that matter, that is king — it’s the WAY agencies tell the story that brings value to brands and clients. Yes, we need a good story, just like Updike needs a good narrative. But, what makes Updike Updike is the wayhe tells his story. Many a great ad concept died from failure to tell the story compellingly.

I hear so much stuff from or about writers these days — “digital writer”, “heavy broadcast writer”, “conceptual writer”, etc.. How about just being a WRITER? Write something I want to read — something that entertains, or educates, or motivates, or inspires, or gives me goosebumps, or makes me laugh or cry. If you can do that, you are a writer.

About the author: Mike Palma

In 2006, Mike launched The Palma Group as a hybrid ad agency headhunting/rainmaking firm which made for big news: http://www.adweek.com/news/advertising/ex-bbdo-atlanta-exec-opens-palma-group-83330. He has helped deliver hundreds of accounts and talented people to clients since.

This article was first published by Mike Palma

Your customers do not care about you