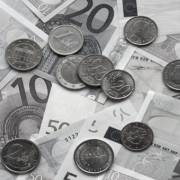 THIS IS A PUBLIC SERVICE ANNOUNCEMENT: PAY YOUR COPYWRITERS APPROPRIATELY

I was prompted to write this article after a short stint working in a Digital Marketing agency, writing social content for the CEO of a large automobile company. Although it was social snippets I was writing, based on who it was and how many people would be reading the posts, it was quite important that I wrote exceptional copy and there was no margin for the slightest errors.

Now, the agency that hired me was in fact a Spanish agency and they were in search of a native English copywriter after a request from the CEO said that the copy they were producing didn’t sound natural. They needed someone who could tweak the writing to create a more natural, everyday-man text, throwing in some colloquial terms when possible. Making a press release about a new car battery sound interesting. I can do that, no problem.

The first day on the job and I’m meeting other people in the agency who are working on other accounts. One guy came up to me and jokingly pointed out that I’m working with the most difficult client in the agency. Don’t be surprised if you have to work Sundays. He wasn’t, in fact, joking.

I start working on the copy and any copywriter will agree that you would expect some feedback on the first few copies you send over. Perfectly normal, it’s all about getting the tone-of-voice on point. The second week on the job and my direct boss in the agency was returning some of my best work. It still wasn’t good enough. Now, with 10-years of experience under my belt, I have a pretty good understanding of what makes decent copy (and I’m not going to lie, my ego got slightly bruised every time I received a big old rejection).

Finally, my work was getting approved by my boss and accepted by the client. However, by the time that the copy was published, I barely recognised it. I was embarrassed to put my name to it. My instructions were to make the copy light-hearted, relatable and easy to read. My boss would dull the shit out of it, then the client (someone working on the marketing team of the car company), would throw in some grammatical errors, just because. It would land on the CEO’s desk for approval, and the fact that it would get published in the state that it was in, makes me only assume that the CEO didn’t even bother reading it. They would pick at my copy like a wake of vultures and what was left was a less-than-average posting with a few buzz-words dumped in.

It wasn’t just my copy the client and my agency liked to take from me, it was my time too. It’s normal that we are expected to work flexible hours, which has never been an issue for me. But if I have to work late one day, I could recuperate my hours throughout the following week. I never saw those hours again. Soon enough, that 40-hour contract I signed up for ran into a 60-hour week and I wasn’t getting a penny more. Speaking of pennies, I was being paid the average wage of Catalunya. For a position that requested a university degree.

The clients didn’t stop there.

Soon enough I was receiving WhatsApp messages at half eleven at night. No apology, no excuse. It was imperative that we had this post ready by 9:30 the following morning.

There was also a chance that the client might request a publication on a Sunday afternoon and the pitch would come through Sunday morning before I even had my coffee. If I were out enjoying my free time and my boss contacted me asking if I had read the client email and I said “no” because it’s a Saturday afternoon and I’m climbing a mountain, she was sorely disappointed. And she quickly reminded me that I had to be reachable at all times.

It wasn’t long before I checked out mentally.

Not only were they tearing apart my copy but these people were robbing me of my time. Soon enough, I became a useless worker, offering the most basic level of creativity. Contributing very little to the team and handing in content late. I didn’t care anymore. What was the point in offering my input if it was going to get shot down? They started to get pissed off with me but I wasn’t getting paid enough to give a shit. I hated myself for turning into one of these people and I hated the agency and the client for turning me into one of those people. Let me make myself clear, I am NOT one of these people.

Six months in and the client closed their account with the agency.

It turned out that it wasn’t because of me and my low productivity that they closed the account. It was because there was a massive re-shuffle in the client’s marketing team and apparently, one of the new execs passed the account over to the agency they used to work for (I can’t confirm if this is true, it was what I was told). Still now, I occasionally go onto the social channels of the CEO just to take a peek at the copy. Riddled with grammatical errors. A content mill would have produced more exciting copy. What can I say? You can’t beat nepotism.

With the account being closed, the agency didn’t need me anymore and they terminated my contract. Soon after, I picked up some shifts in a cheap backpackers bar.

I was making the same wage pulling pints as I was writing copy for a CEO of an international corporation, which required me to have a university degree. And I got paid overtime.