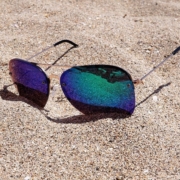 You know that feeling when you find a quote, and it smacks you across the brain like a ton of thought-provoking bricks?

On my internet travels last week, I stumbled upon a particularly awesome line from writer, transcendentalist, and neckbeard enthusiast Henry David Thoreau:

“How vain it is to sit down to write when you have not stood up to live.”

It’s the sort of truth that pushes you forward by snapping at your heels. 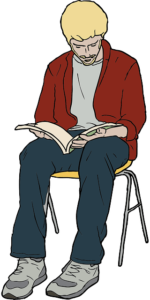 Here’s why it hit me so hard: the longer I write and share ideas, the clearer it becomes that my intake of information must be equal to my output if I’m going to create anything worthwhile. It’s impossible to innovate and sculpt Epic Plans when I’m huddled over my keyboard with my head down, mass producing robot-style.

I can’t just come up with concepts out of thin air. Trust me – I’ve tried. I’ve got to consciously take time to glean inspiration from the world I write about. To frolic and play. Find myself in a crowd. Daydream. Muse.

I find myself falling increasingly in love with the slow, intent-driven roast of ideas.

I’m not talking about vegetating in front of the TV for “inspiration” here. I’m talking about holding a plan – a really good one – in your mind for a long while, filling in blanks you didn’t know were there.

But it seems thinking time isn’t at the forefront of anyone’s schedule these days. There’s such a sense of breakneck urgency governing every facet of our modern lives. It’s not a stretch to assume the constant rush is helped along by our ability to communicate & gobble up information at incredibly high speeds. People are constantly pushing to produce the next thing. To be the first to break the news. To just throw it up there. To launch, because “$#@$ it, it might as well be today,”.

What a sad concern to have – to fear that by taking time to let a concept truly develop, you risk getting left in the dust… But the good news is, it doesn’t have to be that way. Not really. 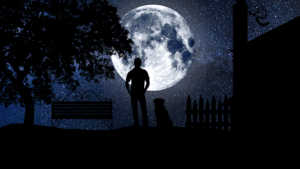 It took me a full year to get this website up. Why? The copy was written, the concepts created… I just wasn’t ready. I tried to convince myself I was just fussing and getting cold feet, but eventually I stopped trying to force what wasn’t prepared to happen. I honored my process. And when I did… well, I stood up to live.

To my friends and colleagues, maybe it looked like I was just putting it off. But inside my head, I had turned my focus to the things I wanted to discuss with the world: ideas about great writing and voice, creativity, brand development, ingenuity, art, inspiration, the hilarious land of memes. I wolfed it down and gave it time to digest.
So yes, I guess you could say I delayed or procrastinated. But because I did so with intent, it turned out to be a far more powerful tool than I realized.

Stepping away from the gotta-get-it-done-now mentality can mean giving yourself space to create something truly yours.

Great things can & do happen rapidly, but they should never be rushed. Rushed means exhaustion and overlooked details. Canned personality instead of authenticity. Feeble metaphorical flailing instead of hard facts. And you, dear readers, deserve far better than that.

The way you absorb the world around you has everything to do with what you squeeze back into it.

(That was a sponge metaphor, guys.).

Let’s take it over to Thoreau’s Walden for a second here.

He was huge on awareness & mindful observation as crucial components of the fully-realized human experience. He spoke often in his works about the importance of “being forever on the alert,” and of “the discipline of looking always at what is to be seen… It is something to be able to paint a particular picture, or to carve a statue, and so to make a few objects beautiful; but it is far more glorious to carve and paint the very atmosphere and medium through which we look.” (Walden, IV & II)

Know what I’ve noticed? Every time I hit a creative wall, it’s because I haven’t left the apartment in way too long. Or I haven’t picked up a book in a while. Or I need to take a walk to a park, or have a conversation with an affable stranger. It’s a pretty beautiful realization to have actually, when you know you need new information to interpret as much as you need oxygen.

There’s no way to climb out of a creative hole without filling it up. You’ll just fall right back in. If you’re feeling stuck about an idea, or uncomfortable with a concept you’re about to reveal… have the courage to step back. For a day, a month, or however long you need.

It’s important to set a time limit of course, or you’ll ruminate yourself out of ever beginning. But don’t be afraid to hit pause. It might be the greatest gift you ever give yourself.

If you want the world to hear you, lean in and listen closely first.

About the author: Hillary Weiss

Scribbler & giggler in a state of perpetual education. One half of Youngblood Sourcery, blogger at hillaryweiss.com
Introduction I’m Hillary Weiss.BY DAY…I’m the copywriter, editor, ghostwriter, and all-around scribbler for Youngblood Sourcery. I help small n’ mighty businesses & superstar solopreneurs (like you) get seen & heard with the help of words that lift hearts, blow minds, and get results!
BY NIGHT…I’m still all of those things – it’s just dark outside.
I work alongside folks who rep a rainbow of industries and extraordinary gifts;coaches, media mavens, clairvoyants, health gurus, artists, Etsy sellers, spiritual teachers, and authors, to name a few.
The joy my work brings to me is beyond words. I do more than just string together pretty sentences for websites. I’m part sage scripter of soul power, part inspirational thunderbolt-thrower and part co-pilot on your road to clarity. Every syllable is crafted with the laser focus and love.
Let’s bring your work to life.
Click here to view the original post by Hillary Weiss
July 29, 2014/by Hillary Weiss
https://copywritercollective.com/wp-content/uploads/2014/07/02-delay-power-copywriter-collective.jpg 457 640 Hillary Weiss https://copywritercollective.com/wp-content/uploads/2019/05/logo-copywriter-collective.png Hillary Weiss2014-07-29 12:00:182019-07-20 16:47:30Thoreau probably approved of your procrastination, & other observations on the power of delay
Hire a freelance copywriter Get your copywriting course

Do Thoughts Come Before Feelings, And Does It Matter to Copywriters?