It was a reflection on Psalm 63.

And it was the first time I’d ever “published” my writing for the world to see. I didn’t consider myself a writer back then (not even an aspiring one). But I had that urge to write, so I did.

Then one day my friend Matt Perkins said, “Josh, you’re a good writer. You should write more.”

The only other time I can remember someone complimenting me about my writing is when I was in community college and my English professor, Gail Robinson, used one of my papers as a good example to show the class.

But Matt was a close friend who I have a lot of respect for. So when he told me “good job,” I actually thought about it.

So I continued to blog sporadically for the next few years.

In the Fall of 2010 I decided I wanted to become a full-time freelancer and quit my job.

So I decided I would force myself to publish an article at least two times a week. After careful consideration I started two new blogs where I could do this:

Don’t ask me why I started two instead of one. But the more you get to know me the more you’ll realize that one of my unhealthy habits I’m trying to break is doing too many things at once.

So I did this for several months. Beyond Cliches was again about God, theology and lessons I was learning from the Bible. While Kingdom Steward was about how to manage resources in a kingdom way (we were going through Dave Ramsey’s Financial Peace University back then to pay off our debt so I’m sure this influenced my decision to blog about that).

Anyway, I did this for several months until I quit my job in May 2011.

Then I started writing for profit.

My First Year as a Freelance Writer

That first year as a freelancer I was writing for money. It just wasn’t very much money!

I had no idea what I was doing and decided to just make it work. I had read about others who made over $100 an hour writing as a copywriter (aka commercial freelance writer) and I thought, If they figured it out, so can I.

Toward the end of my first year freelancing my oldest daughter was born. And we decided that if Lacie wanted to quit her job to become a full-time mom then we would do that (and that’s exactly what she did).

So now we went from two incomes (1.5 really) down to one and had a kid. So I either had to figure this writing thing out quickly or go get a normal job again.

During this time I was looking for new clients when I called a insurance marketing agency to see if they ever outsourced work to freelancers. I noticed the content they were publishing was top-notch and their CEO had a reputation as the leading authority on marketing for the industry.

I didn’t get any freelance work from them but about a week later I got a call from their CEO asking if I’d be interested in a job there.

Even though we were struggling to pay the bills I put on my best poker face and acted like I could easily take it or leave it.

“Um, I don’t know. It’d be a big deal for us to relocate and everything.”

But of course I asked what the pay would be.

I wasn’t prepared for that so I pulled the “Let me talk with my wife” card and told him I’d get back to him.

After a lot of talking we decided that yes, we would take the job and relocate to Bend if the pay was enough. Then I could continue freelancing on the side.

But what was “enough?”

I then tensed up and my face probably looked like I was bracing for someone to punch me because to me this was a lot of money.

“OK, yeah, that would fit in our budget for this position. But you’ll be expected to earn that money.”

And I did. I worked super hard at the job and helped the company generate thousand of leads. But that’s a story for another time.

I worked for Agency Revolution for two years. My role was different. I could come and go as I please and nobody was harassing me about the hours I spent working (not that it mattered because I probably worked more than 40 hours every week).

The best part was that I spent a lot of time working directly with Michael Jans, a 20-year veteran copywriter and marketer. Those two years being mentored by him taught me more than 10 years of formal eduction ever could. 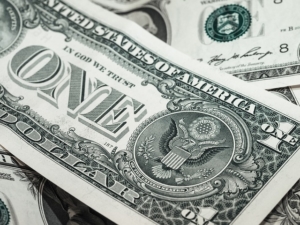 So when I left that job to return home (we were expecting our 2nd child and we wanted to go home to be around family) I was in a much better position to make a living as a freelancer.

Plus, I had been freelancing at nights and weekend while working that job so I had some steady clients already.

This time I actually made decent money.

It’s been over five years since I quit my job in corporate America to freelance full-time. And this year I’m on track to finally break the $100,000 revenue mark. We’ve been down in San Diego for the last six weeks living in our RV and life is good.

But it’s been hard too. Really hard at times. And I’ll write about that more later.

Of course there’s so many details I didn’t have time to share. But hopefully this gives you a better idea of where I was, what happened and what it’s like now.

I hope it can inspire you in some way to pursue your freelance dreams too.

About the author: Joshua Monen

Joshua was a drug addict and drug dealer who used to have a $500/day cocaine habit. But he quit that and now he blogs daily here about topics like: freelancing, dreams/goals, life purpose, mindset, spirituality, etc. He’s an avid reader and lifelong learner and he loves to share what he learns with others.

This article was first published by Joshua Monen