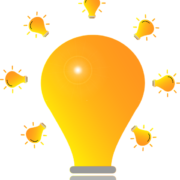 The release of the iPhone 6 has created lots of social media buzz in the cyber world, including in Chinese social media. The simplified Chinese translation (for Mainland China market) of the slogan “Bigger than bigger” (translated to “比更大还更大”), has provided much social amusement for Chinese netizens. People all over have been making fun of the slogan and coming up with many bastardized versions. But, some defend the translation and say it’s direct, simple, and clear.

However, the majority use the translation principles of “faithfulness, expressiveness, elegance” (信達雅), to criticize not only the headline, but also other copywriting on Apple’s China website. It has been quite a comedy of satire with the birth of a new phrase “The Apple style” (蘋果體) . 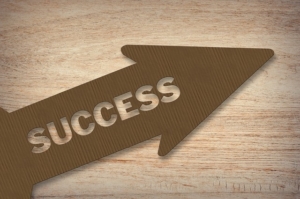 So far, the highest trending translation goes to “比逼格更有逼格”. In English back-translation, it roughly means, “your taste is bigger than ever” (implying the level of pretentiousness). Sounds harmless, eh? But the origin of the phrase “逼格”, which phonetically similar to “bigger”, has let’s say, a genitalia implication that’s coarse enough to make an old lady blush. (For Chinese readers of this post, click here to view on Baidu Baike.) To get a clearer picture of what all the fuss is about, this article written by Fred Jame, who was an editor for Apple copywriting/translation projects, may interest you.

Coordinating the simultaneous multi-language launch of a product may be one of the toughest jobs in the world. There is always criticism and feedback from people in high positions whose language qualifications may be substandard themselves.

So how did Apple handle this “bigger than bigger” controversy? Apple ended up changing the slogan on its China website to “岂止于大“ (“It’s not just bigger”), the one they had originally introduced for the Hong Kong and Taiwan markets. The “literature girl” in me likes the elegant approach: “掌間有度，境界無疆”, but the project manager in me can totally picture a very large number of Chinese in China rolling their eyes and commenting loudly: “不接地氣” (not down to earth). However, if we conduct an A/B copy testing online, the very direct Monkey King (孫悟空) approach (“Big! Big! Big!” “大！大！大！” Cultural reference: The classic Chinese novel, Journey to the West) in a very targeted media environment with well-crafted visual elements, may work too.

This experience of Apple has been interesting and has opened up a lens to how even big companies can fail in their communications. Next time, I’ll look at how Apple and other companies could learn from this experience and develop a strategy and process to ensure multicultural writing and translation projects could be more effective. Stay tuned!

About the author: Iris Chen

Marketing and business development specialist, with particular strength in cross-cultural communications and PR.

This article was first published by Iris Chen

Keep your eye on the prize: the traffic
Scroll to top /n/r/n/r