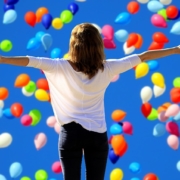 Three years ago today, I walked away from a reasonably-well paid mid-senior management role into the unknown.

For years, I had spoken about going freelance, but had never worked up the courage. Working for someone else was my comfort zone, and it was nice to know I would receive a paycheck every week. 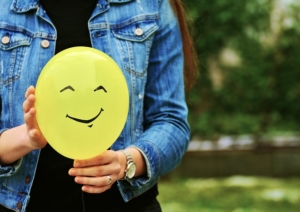 As I climbed the career ladder, the money
got better, but the job satisfaction plummeted.

In fact, as I looked down that metaphorical ladder, I realised it was the people on the rungs below  that were doing what I loved – the hands-on communication work – while I dealt with budgets and HR and Ministers’ offices.

Unless you counted Ministerials and minutes, I had hardly written anything for years.

But I still clung on, in the vain belief that it was going to get better. But it never did.

My first indication that all was not right in my world was when I burst into tears in the boss’s office over something pretty insignificant, and didn’t stop crying for a couple of days.

My boss was great and once it was apparent my mental health was suffering and I was heading for a nervous breakdown, she moved me sideways into a project role where I did not have to deal with staff, and things started to get better.

Unfortunately, it couldn’t last and I needed to decide – and fast – whether I would go back to my substantive role, or leave. Every time I thought about going back to the stressful days of line management, those tears would come. But the idea of stepping off the cliff into freelancing scared me shitless.

I discussed it with a few close colleagues – some of whom were career public servants and who couldn’t believe someone would even contemplate turning their back on public service tenure.

The decision was made for me when, after a meeting with a few of the office Big Wigs, I felt as if my skills, knowledge and experience were being completely dismissed. I can’t remember exactly what was said, but we were talking about developing some publications based on new national legislation and the gist was “we can just get the content from NSW and Victoria and rebrand it”.

I walked out of that meeting, went straight to my computer and sent my husband an email that just said “Is it OK if today is the day?” He knew what I meant and responded in the affirmative.

That afternoon, as I left, I placed my resignation letter giving two weeks notice and walked out with a spring in my step.

Over the next fortnight, the response from people who realised I was leaving a cushy job for …. uncertainty …. varied from “WTF?” to “You go girl!”.

As I look back on the past three years, I admit it has been tough. While I have the flexibility to work around family commitments, I also don’t get paid sick or annual leave. And it never gets easier when a client is not happy with a draft.

In the main, however, the decision to leave my J.O.B. was one of the best I have ever made (expect for marrying my husband – in case he is reading).

My one regret is that I didn’t do it sooner.

So happy birthday to Black Coffee Communication and thanks for joining me on this wild ride.

(And if you are contemplating tossing in your day job and jumping in to the great unknown, I say “You go girl! (or boy!)”.)

About the author: Nicole Leedham

Nicole is the Word Barista at Black Coffee Communication. With more than 20 years in the communications game, she has developed some strong opinions on grammar, punctuation, copywriting and, well, pretty much everything. When she is not sharing these opinions – for the benefit of her clients, of course – she enjoys relaxing with a good book and a good red. Her young children, however, have a different agenda.

If you can read your customer’s mind, you’ll make sales

Top 13 Power Words That Engage Wellness Prospects and Motivate Them to Buy –...
Scroll to top /n/r/n/r