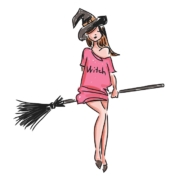 In my household, we sometimes debate the merits of science fiction vs. fantasy. (You’ve got a copywriter and a composer living under one roof so stuff like this comes up.) To make matters worse, I study people and their motivations, even my own. 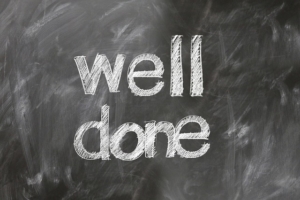 So it’s not surprising that I can now come clean and pin my long career on Darrin Stephens from the kitschy TV show Bewitched, which undoubtedly aided me in becoming a copywriter.

It was a defining moment for me, when I realized the place of honor that this TV show held in my formative years. And it wasn’t the beautiful Samantha Stephens that influenced me. No, it was Darrin Stephens whose advertising career helped me decide what I wanted to do.

Samantha had an enviable ability to twitch her nose and make anything happen. But we all know this is fantasy. Magic of that ilk is simply not available to the average Joan.

Darrin, on the other hand, who was apparently a one-man advertising agency unto himself, had an ability I craved more. As unrealistic as he was, he created from real human skills and brainpower, something realistically available to me, even as a child. 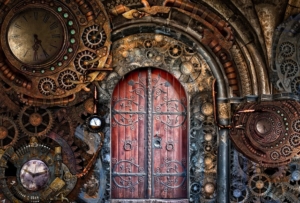 Which brings us back to fantasy vs. sci- fi. Science fiction has always appealed to me more than fantasy as a genre. Of course, like a good song, a good story trumps all and can come from any category, but that’s another debate. Given the choice, I’ll pick sci- fi every time because it focuses on the possible, not the fanciful.

There are dozens of examples of science fiction writers envisioning technologies and devices such as the iPad that did eventually come to be. To my knowledge, however, no one has of yet created a working magic spell or conjured a dragon. (Sorry, Game of Thrones fans!)

If there is any magic behind my motivations, it’s why I crave creating. That, I cannot answer. It’s just who I am, as so many creatives will tell you. It’s a type, a temperament. I have to make stuff. HAVE to.

I can’t pin the motivation down. I can only harness it on behalf of whatever project I’m working on and client I’m working for. It’s insatiable, this appetite to create. Enough so that the blank screen no longer scares me and I’ve mastered creativity on command—a skill you definitely need to survive in advertising and marketing.

So let Samantha twitch her perky little nose and turn Larry Tate into a bunny rabbit if you will. But leave it to Darrin to sell the client on an idea he conjured up right before the presentation.

About the author: Karen Goldfarb

Award-winning freelance copywriter and marketing strategist who writes everything from websites to videos, TV ads to Facebook games. I understand your audience, ensure your copy is compelling, and help you make the right offer at the right time. Clients have included Apple, Revlon, Lipton Tea, Microsoft, Red Lobster and Hello Kitty/Sanrio.

This article was first published by Karen Goldfarb

Going with the flow – copywriting to engage the reader from start to fini...