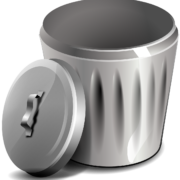 This copywriting secret towers above all others…

…so you need it in your marketing quiver today now more than ever.

And you know why too…

Your prospects are busy, skeptical—and bombarded daily by advertising, entertainment, and information.

But if busting through these barriers is your job, how do you get your targets to dive into your copy?

By using this prized secret:

Create a headline that makes a shocking, but ba-a-arely believable claim or promise.  This pushes your prospects to the cliff-edge of credibility—and virtually grabs them by the lapels and forces them to devour your copy.

You then follow this up in your lead and specific parts of your promo.

Pushing…Pulling Your Prospect to the Brink…

This is wickedly persuasive because…

When your promise or claim takes prospects to this brink of believability, they not only want to believe you, but are mentally pushed to do so.

Of course, skepticism, both natural and from past experience, tries to pull them away.

But as long as your headline and lead are still plausible, and you’ve pinpointed their core desire(s), prospects won’t respond with doubt and derision.

But don’t overdo it.

Here’s a textbook example from the weight loss market…

And a main mantra is: Claims that promise a product can cause weight loss of two pounds or more a week for a month without exercising or diet are bogus.

So if your ad promises…

Fat Foe Blocks the Fat—No Matter What You Eat!

…you’ll not only get raspberried by knowledgeable consumers—you’ll bait FTC watchdogs as well.

The Tao of Taking Your Target to the Edge: Conjure up Their “Magical Sweet Spot”

Now according to Copywriting Master Clayton Makepeace, who created this eye-ball grabbing concept:

“For every prospect, in every market, there’s a magical sweet spot that exists right at the edge of believability.” 1 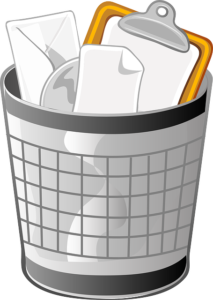 And when you find that spot with your claim or promise, you’ll literally glue your prospect’s eyes to your copy, Makepeace says.

So how do you evoke that emotional sweet spot?

With Clayton’s guidance, I’ve found that you need five elements to propel prospects to that brink.

And to illustrate them in action, I’ll use sales promos from three top copywriters/marketers past and present.

Let me say this bluntly—

You Can Manage Almost All

But The Most Grievous Illnesses

(except in rare instances) entirely without the services of a doctor!

Then shortly after the lead, the mysterious mechanism is revealed: A “New Heart Program.”

This consists of various simple mechanical adjustments one can do at home that create a more vibrant nerve supply.

The program, the ad continues, builds “you extra arteries to take the load off those that have already been narrowed or even blocked completely.”

Legions of specific, vivid examples of benefits and how easy they are to attain follow.

That exactness also strengthens the proof and story elements…

For instance, in a sidebar headlined…

…testimonials from eight experienced chiropractors—including full names and cities and states of residence—convincingly attest to the program’s value.

And in a second sidebar that contains four short case histories, you get compelling stories sprinkled with more cred-building details.

Here’s an excerpt from one:

“RELIEF FROM EMPHYSEMA—Mr. Patrick J. had a severe and longstanding case of emphysema.  One day, he coughed so uncontrollably hard that his dentures came loose and almost choked him.

I showed him 3 simple MIRACLE secrets—and the results were immediate and magnificent.…”

Now if you’re thinking, “That was then.  These days, no-hype copy rules.”

No pussy footin’ around here.

This head and deck offers prospects the cure to their core frustration.

Then after a brief intro that hints at the mechanism and promises an end to the pain, the deck:

The 1 strange secret that let me

LOSE THE BELLY FAT AND SHED THE POUNDS

eating all of my favorite foods

and not doing any exercise

The name of this strange mechanism is divulged later: 1-2-3 SHRINK…as well as the steps involved.

But that elusive “easy-to-follow secret to finally losing the weight?”  Only revealed to viewers if they buy the program.

And mucho purchases are likely, since this video sales letter packs in enough dramatic details and proof points to propel prospects into a buying frenzy. 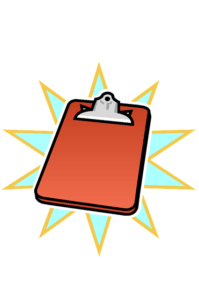 And those proof elements?  The usual and not so usual.

But you know what really makes this VSL pop?  Its Jenny’s first-person riveting story that unveils her journey from hefty to hot.   This drama transports prospects from start to finish.

This One’ll Almost Blow Out Your B.S. Meter…

…But specifics and a clue about a unique mechanism helps keep readers on track.

You’ll see what I mean when you look at this head and deck:

Of Money, Power, Health, and Charity.

The residents of this world command 98% of the wealth….

They are the Top 2% of society.

And in just 28 days…using a secret 2-minute formula…

YOU can easily JOIN THEIR RANKS!

This Nightingale-Conant sales letter then pumps up the secret mechanism, and follows with loads of details and proof.  An empowering before-and-after tale is also used.

Before getting to that though, let’s inspect that magical mechanism.

There are the fine points, right before the close.  Called the “2 x 2 Formula,” it promises a battle-tested technique for getting 17 of the top qualities of the 2% installed in your mind—in only 28 days.

Also, the names of the experts involved are here too: Steven Covey, Tony Robbins, Brian Tracy and more.  Kind of a specifics-proof, 1-2 combination.

Most of the proof though is based on Nightingale-Conant’s 50-year reputation. Solid but expected facts and figures that say, “We’ve been around for a long time and we only use top professionals, so you can trust us.”  Traditional, but it works for a company like N-C.

And the before-and-after story?  A different version than before.

Here, John Abdo, inventor and 2 percenter himself, prefaces the body copy with his rags-to-riches story.

Homeless and almost bankrupt, he tells how he discovers then uses his secret formula to totally transform his life, and help millions of others do the same.

Now in looking at these promos, you may think, “That kind of copywriting hoodoo is just for those major players.”

You can use this spellbinding strategy too

Start by asking these simple questions:

And you’re on your way to putting this priceless skill into action.

In fact, my crystal ball predicts that after you try this strategy…

…your headlines, leads, and other copy points will captivate and convince like never before. And, swiftly pole-vault you over your competition.

About the author: Dale L. Sims

Dale L. Sims is a stealth sales strategist based in Grand Rapids, Michigan. Also, from May 2010 to Jan. 2014, he served as marketing coordinator and health consultant for Healthy Design, a supplement and fitness product distributor in Cadillac, Michigan.

Plus, he is a former reporter, editor, and radio advertising salesman. (if needed–rep, person etc.)

This article was first published by Dale L. Sims