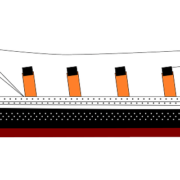 “Good morning, passengers, this is Captain EJ Smith. On behalf of the officers and crew, I’d like to welcome you aboard the RMS Titanic. We hope you have the time of your lives…”

Without Emotional Intelligence (EI), you’re sunk. We all are. The expressive part of communication is the tip of the iceberg. If you don’t account for the mass of stuff beneath the waterline, you’re on a collision course with disaster.

As a copywriter, a marketer, or a communicator of any status or persuasion, you have to be absolutely clear about this when you script the interface with your target market. Dan Hill (from Sensory Logic) represents the science behind emotional buy-in:

“Only 5% of our thought processes are fully conscious. Neurological evidence suggests that we make an emotional response – in effect, a decision – about a product or service within 3 seconds. So businesses need to make an emotional connection with consumers.”

To emphasise the importance of having and exercising EI, take a look at what happens in its absence.

The Conversation
Adam and Tanya have survived 25 years of marriage to date – a fact that may amaze you by the time you reach the end of this post. This is the script of a conversation they recently had. It’s short, simple, unabridged and certified organic:

A. Do you know where the nail clippers are?
T. I don’t think there are any.
A. We had two pairs.
T. Jake took one, and Trent took one.

Background to The Conversation
At face value, there’s not much here; so let’s build in a bit of context.

Adam’s been putting a lot of hours into work recently. On this day he has a torn fingernail that keeps catching and tearing a little bit more. He knows the nail clippers should be in the bathroom cabinet, top r-h drawer. He’s just come back from a morning meeting that didn’t go as planned.

Tanya is acutely aware that while Adam’s business venture may be consuming him, it’s barely even feeding them. She has a sore right eye, which is all puffy.

From Context to Subtext
Now let’s look at the staging of this little scenario and add in some of the subtext – the mass of stuff below the waterline.

Adam is standing in the doorway to the lounge, where Tanya is practising the piano. He’s just discovered that the nail-clippers are not in the bathroom cabinet. His appearance in the doorway is as abrupt as his manner.

Tanya has recently fallen in love with the piano, and though only a beginner, she feels there is great promise in this relationship. The time spent practising scales and pieces is, for her, a little retreat from the daily grind.

“Do you know where the nail clippers are?”

Personally, Adam thinks this is a perfectly straight forward enquiry. There’s nothing too complex about the question. A simple answer is all that’s required. And he wants that answer now.

Tanya’s concentration is snapped. He could have waited for her to finish the piece. And why does he need to bark like that, anyway? What does he take her for, some kind of Help Desk for misplaced domestic objects? Maybe he thinks she took the nail-clippers. Can’t he see she’s got a sore eye and may even need to go to the doctor?

“I don’t think there are any.”

What the hell’s she so pissed off about? What did I do? It was just a very simple question. I just want to know where the stinking clippers are so I can clip this friggin’ fingernail before it tears any more. Why can’t she just say she doesn’t know? And anyway, I specifically bought the 2nd pair because the 1st pair was never where they were supposed to be. Is it too much to expect that people will put things back where they belong after they use them?

I won’t be spoken to like that. Honestly, he’s such a tyrant. And talk about selfish! Why should it matter to him that I’m in pain and could very well end up in hospital? No. That’s no concern of his, is it? And his sons – oh, I miss my boys so much! -doesn’t he even realise they moved out because of him? And does he begrudge them a stinking, lousy, rotten pair of $2 nailclippers?

“Jake took one, and Trent took one.”

Adam leaves as abruptly as he arrived. He shuts himself in his office and sits staring blankly at the computer screen. Tanya returns to her piece. But she feels no peace, and her eye…it’s really sore now.

Why change course? It’s just a bit of ice.

1: Any communicative encounter is potentially an iceberg, in the sense that there is so much more to the exchange than meets the eye.

2. Relationships can winter over before you’ve realised, and the cup of water you throw over someone might hit them as a block of ice.

There is a huge benefit to any relationship in practising the self-management that Emotional Intelligence permits. If your profession happens to be that of copywriter, content creator, manager or salesman – or if you’re an entrepreneur who potentially has to coordinate all these roles – EI is huge. Titanic. Without it you’re history.

About the Author: Francis Fox

The theme and history of Francis’ varied professional life is communicative excellence. His 30 years in Languages, Theatre, Education, Business and Marketing Communications have been driven by one aim: to direct how people feel, think and act in response to the message delivered. The single, simple goal of great copy is to create sales. Taking a business proposition to its target market and presenting it as the compelling choice – this is what Francis excels in. Consistently.