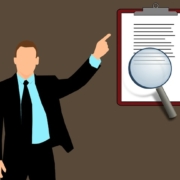 Allow me to introduce you to one of my favorite people. Though long-dead, he’s still a total boss.

Ladies and gentlemen, please meet Claude Hopkins, whom I like to refer to as the Original Gangster of Advertising.

Claude Hopkins is the reason you use toothpaste. 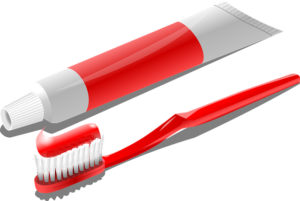 He’s also the reason you use coupons. (And, if you send email newsletters, he’s the reason you have the option to do an A/B split test with different versions of your letter.)

WHO THE F*** IS CLAUDE HOPKINS?

Our friend Claude was born in Michigan in 1866, and grew up working his face off as a school janitor, paper boy, and other various pursuits.

By working until 2AM in the morning every day of the week, Claude eventually ended up writing advertising for Bissell Carpet Sweepers (yep, the same Bissell vacuum cleaner company you’ve heard of).

From there, Claude snagged himself a position as advertising manager at Swift & Company–by asking every single client of his to write a recommendation and mail it to the person in charge of hiring.

THEN, he got his local newspaper to agree to publish a daily advertising column so he could show off his knowledge. He mailed all of the columns to the Swift & Company hiring manager. (Still think writing a cover letter is too much effort for a job application?) 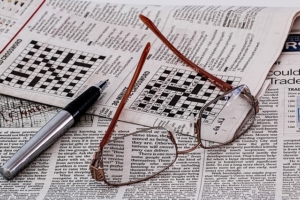 Long story short, our boy Claude ended up managing advertising for Lord & Thomas (which you might know as FCB, or Foote, Cone and Belding–one of the world’s biggest ad agencies.

In 1923, Claude wrote a book called Scientific Advertising, which he followed up with an autobiography: My Life in Advertising. He’s a no-nonsense kind of guy with a lot to say.

1. HOW TO APPEAL TO PEOPLE

2. HOW TO WRITE PERSUASIVELY

3. HOW TO AVOID WASTING MONEY

Did I mention that Claude Hopkins published Scientific Advertising in 1923? Ninety-one years later, this man still knows more about successful, efficient advertising than most CEOs.

DO YOURSELF A FAVOR AND GET TO KNOW CLAUDE.

You can find copies of My Life in Advertising and Scientific Advertising online, but you should probably just buy it. 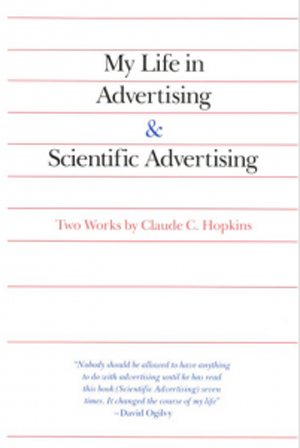 What do you think of Claude’s advice? Anything to add? Throw it in the comments.

About the author: Lianna Patch

This article was first published by Lianna Patch

Are You Ready to Disrupt Your Brand With “The Ninja Surprise?”