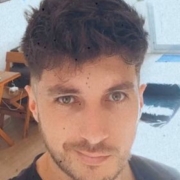 “Talent, I believe, is most likely to be found among nonconformists, dissenters, and rebels.” – David Ogilvy

This quote represents how I decided to live my life because I think that being a rebel is necessary to make a difference.

Well, now that you know my way of thinking, I can tell you who I am. My name is Jack Fonseca, I am a Creative Copywriter from Ecuador, currently living in Argentina.

I arrived in Buenos Aires to gain more international exposure and to show-off my talent from ‘the middle of the world’.  Besides, I think Buenos Aires is a great place to let the creativity flow in comparison with other cities in South America.

So, being a rebel is important for my life, but being a nonconformist is the most valuable virtue I have. Let me explain why.

I always try to get excellence and this is not a ‘chamullo’, as we say here in Argentina.  Every brief in my hands represents the possibility to create a good idea and an impressive advertising campaign.

For me, the best idea is the one I haven’t thought of yet, but I have had pretty good experiences, for example, this project made for La Roche Posay where me and my partner decided to show with these prints how tough adolescence is.

Redhead: Everyone told me “you’ll grow up”, but no one told me it would be that much.

Boy: I realized that something was wrong with my voice when it sounded exactly like my sister’s.

Sock: I never thought bras were so important until now that I don’t need them.

Have you ever been asked to sell the past? Yes, the past, you read it right. We were asked to do that with Pago Fácil, Argentina’s classic pay terminal, for its 25th anniversary. So, we did the only thing we could do in these cases, sell it by talking about the future. Yes, the future, you know… Chatbots, Siri, A.I., and all those things that Alici.a. doesn’t have.

Another great experience I had was to be a part of the creative team for the ‘All You Need Is Ecuador’ campaign. The first Ecuadorian ad campaign published in the halftime of the Super Bowl. The objective of this campaign was to promote Ecuador like it’s no other country in the world. In Ecuador, you can enjoy the most beautiful volcanoes in the Andes, the exuberant and infinite wildlife of the Amazon Region, miles of always sunny beaches, and the living reflection of evolution in the Galapagos Islands. All in one place. And it’s so close.

Copywriting is about being free. Free to create and think beyond the limits, more than anyone else has ever thought before. It’s about connecting people with ideas and brands with people. It’s about believing that everything is possible and no, this is not sponsored by Adidas, this is only a tip for life. I hope creativity will allow me to know many cultures, countries, and interesting people around the world.