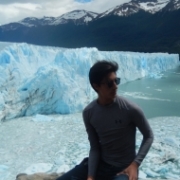 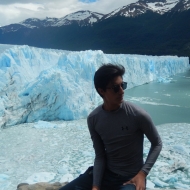 As a copywriter, it’s funny how your entire career can fit on a single page. It could fit on half.

For many creatives a good career is all about earning the most money possible for their age, for me, it’s a bit different. Coming from a broken family, I always had a personal need of mentorship, so from my point of view, a was able to gain some kind of mentorship by meeting and working with experienced and talented people who believed in my own talent.

Like every young creative, I have a list of creative leaders, or mentors, who I want to get a piece of, learn and feed off. What I admire of them, I want to learn and adapt it to myself. The thing is, I like to aim high.

When I was in college at 19 I knew about a young creative rock star named Carlos Rodriguez, he was confident, well educated, surprisingly talented and working on every single thing on the market. I told him many times I wanted to kick ass with him but he didn’t believe in me… Yet.

Think big but start small (Fuck this, start even bigger)

To start I had to find someone to believe in me. That’s how I met The Truth Well Told Alejandro, my former boss, later roommate and forever a close friend.

Six months after pitching every idea that came to me – 99.9% killed, just like the bacteria in prime-time TV adverts – Carlos finally set me up with Andrés Mejia, an experienced creative director at Leo’s who was looking for young blood. I don’t know if it was to get rid of me or help me reach the level he was looking for, I like to believe it was the latter. After a couple of late-night interviews and discussions with Andrés and his partner Daniel, who didn’t want to hire my cocky ass, surprisingly took me on. I guess they felt there was a connection – a certain taste for fashion, travelling, international women and creative hunger. Those were two years with the best mom and dad I ever had, one of the kind of stayed in the role.

Any vibe I might have got from the industry was that great people leave. Just like talented football players, the challenge-to-reward ratio is that if you win enough in the national league you will be asked to be part of the Premier, Calsio or LFP. This was incredibly appealing and something now possible thanks to local creatives on global ad festival spotlights like Mauricio, Emo, Juan José, Jota and Camacho’s amazing work.

So if this goal was to get me fat as a pig, I would be the biggest, fattest pig in the county, becoming the ‘everyone’s young golden boy’ and creating enough noise and awards to make Carlos reappear to finally tell me I was ready to work with him in his all-star team at LOWE SSP3. This was the dream agency where I have later found the most talented creatives in the country, alongside some worthy sleepless nights and fried nugget dinners.

Remember the catchy phrase “if you are the smartest person in the room, you are in the wrong room”, well, let me tell you that won’t ever happen to you at LOWE. The kindest too.

Now 2 years on and lots of (almost) learnt lessons, amongst a considerable amount of international, regional and local awards. Now, I left the country looking for ‘that something special’, working over 2 years as a freelancer in NY, Buenos Aires, Jaipur (India), Moscow and now I’m currently living in London, where I finally found that perfect idea outside the box: the youtube of 3D printing.


Remember that scene from Charlie in the Chocolate Factory where Willy Wonka teleports a chocolate bar (ad). This is possible now: Ads are evolving and i believe this is the future of our industry, tangible and valuable ads: Native Object Advertising, give it a look.

Copywriter of the week: Juan Fernandez