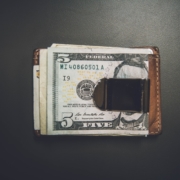 A lot of entrepreneurs and leaders have a great vision, but struggle to convey it to the people around them. Staff, colleagues and followers will feel attracted to what these visionaries have in mind – yet mutter among themselves that they’re never entirely sure what he or she is really talking about. If you’re the visionary, you may even wonder yourself just where you’re going and exactly what the compass of your intuition is trying to tell you. What is needed in these situations is an interpreter of dreams. In my experience, the humble craft of copywriting will often do the trick. Let me explain this and share an example of how it works.

Did I call copywriting a humble craft? Since ancient times, the art of writing has bathed in a magical light. In many ancient civilizations writers were held in awe, their craft associated with supernatural powers. The Egyptians believed the god Thoth, who invented writing and became the historian of the gods, did not just keep track of events – like a secretary writing minutes – but also gave significance to those events. Naming was, and is, equal to giving meaning. It is a way of calling a thing, or a person or an idea, into existence – a divine gift indeed. Through the art of writing, Thoth converted words, mere breath, into energy and matter – much like God did in Genesis when he said ‘Let there be light’ and there was light. 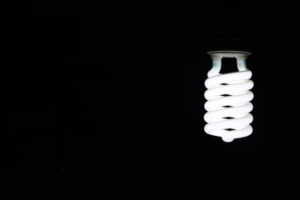 I’m told the Egyptians also believed the safest way to secure immortality was to get your name written down for good – say, hacked in stone – or to get some faithful minions to promise you they would keep on uttering your name forever after your death. Other religions present similar concepts, such as the Book of Life in Christianity, in which God writes down the names of his children as proof that they will live forever.

The magic of good copywriting

Without wanting to get carried away here, I would say a good copywriter in our day does the same thing the writers of old did. We can’t quite offer immortality, but we can sure give you – or your idea or business – a good shot at a long, action-packed life. How? By catching the thread of your vision, spinning it out and converting it into energy and matter – first through words on paper, and later through the actions carried out by people who are attracted to those magical words and the imaginary world it conjures up before their eyes. Let me give you an example from my own practice.

Helping a team capture their vision 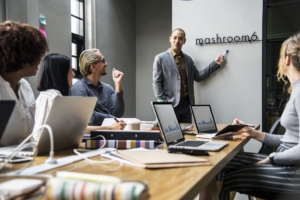 I recently was invited to attend a brainstorming session for leading researchers at one of the faculties of the University of Twente, a leading technical university based in the Netherlands. The goal of the session was to chart key research domains and shed light on possible focal points for the future. Research funding is hard to come by these days, so universities and research institutes who want to continue with their scientific exploration have to come up with pretty mind-blowing ideas – and sell them effectively.

My assignment was to attend the 4-hour session and to later provide the team with an outsider’s written reflections on where they stand and where they might be going (I eventually wrote a Word-document and also created a simple PowerPoint presentation to highlight what I saw as the most exciting ideas). In other words, to help them capture and interpret their own dream.

The dream interpreter’s bag of tricks

As I see it, the tasks of a copywriter – or interpreter of dreams – in this kind of vision development, include:

A way with words is just the tip of the iceberg 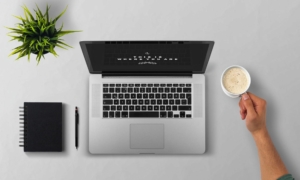 You may think none of the seven tricks listed above have much to do with writing. But they do, of course. In fact, in good (copy)writing, the command of language – let’s call it the 8th trick – is just the tip of the iceberg. Sure, a way with words is absolutely vital if you want to create a breath-taking textual landscape: what, after all, is an iceberg with a droopy tip? But foundational to your ability to create such landscapes are all those other skills listed above. And I would add that the last three bullets come closest to the magical super powers traditionally assigned to writers. Why? First, because they are hidden processes that are almost impossible to trace. Second, because they produce new and unexpected images, insights and possibilities – often of the kind the dream owner has never imagined.

The process of dream interpreting through copywriting could be summed up in these five steps:

So next time you find yourself, or your leadership team, gazing into the future to envision what might be, hire a skilled copywriter to help you unravel the tangled fragments, capture the dream and convert it into energy for change. It’s magic. Try it.

About the author: Stephen Teeuwen

Stephen Teeuwen is a bilingual (English, Dutch) copywriter and concept developer with 30 years of experience spanning diverse media and almost every form of writing. Born in the UK, raised in Indonesia and living and working in the Netherlands, he is a conscientious observer who has worked as newspaper and television reporter, story producer, editor, script writer, market researcher, author and communication advisor. Today he combines this experience in a thriving bilingual copywriting practice, where he also hires and develops young talent.

This article was first published by Stephen Teewen

What is a Creative Copywriter?
Scroll to top /n/r/n/r