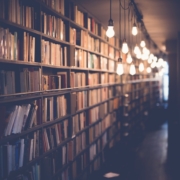 As society evolves, so must the advertising used to persuade consumers to make purchases. The very first advertisement reportedly appears in England in 1472, taking the form of an announcement from the Catholic Church that prayer books are for sale. This advertisement was far from the flashy, catchy, highly strategized advertisements we see today. It takes four hundred years for America to put the first lighted advertisement board in Times Square, and another thirty years beyond that for the first advertising association to be founded.

But that’s nothing compared with how advertising has changed in the last one hundred years.

While the look of those ads has obviously changed, following the styles and trends of their period, the ideology and strategy behind advertising has also changed significantly. Take, for example, that prayer book announcement, the world’s first ad.

Without computers or complicated color printing systems, the advertisement was nothing more than a few informational lines of copy, printed in a newspaper or church bulletin. Today, especially online, we see highly stylized, personalized, and interactive advertisements, that are often more about engaging the viewer than providing information about the product or service being advertised.

This dramatic shift is a result of many smaller, hardly noticeable shifts in advertising. Like continental drift, however, many small, gradual shifts become one large change. To see how advertising has changed, let’s start at the beginning.

To sum the early stages of advertising up into a broad generality, this time period was characterized by information advertising. Reading one of these ads today, we might not even register it as marketing, as they mostly came across as notices, rather than as commercials.

Fast forward to 1776. As the Revolutionary War between America and Great Britain swings into full gear, the American government begins to produce political advertisements. These ads encouraged young men to enlist in the army, and rather than simply saying “Enlist” and providing information where to enlist, they employed some of the first true marketing techniques, playing on a man’s sense of patriotism and the desire to protect his land and family. These same tactics have been used in enlistment advertisements in every war since. 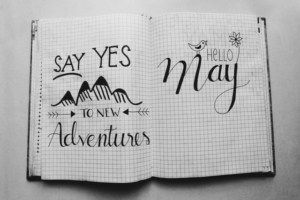 Invasion of the billboards

With the automobile industry now firmly established in 1835, billboards begin to invade cities and country roads. This is one of the first examples of marketers reaching out to consumers where they are, instead of waiting for them to pick up a newspaper. Rather than seeking out the ads themselves, advertisements were now coming straight to the consumer as they bounced along in their Model T. This new format opened up a whole new gambit for marketers. With far more real estate to work with, and a shorter attention span, pictures became as important as words, if not more so.

There was a shift in format, obviously, but here there is also a shift in ideology. Instead of focusing on information, the focus must be on an eye-catching, relevant image and logo that sticks in the mind of the consumer.

In the next century and a half, we see a rapid development of marketing techniques, as advertising agencies begin to look for more sophisticated methods to reach their audiences. Around the turn of the 19th century, brands begin enlisting the recommendations of celebrities to help sell their products, and then, very soon after, begin employing the even sneakier concept of double entendre to create a positive and physical association between consumers and products.

The Roaring ’20s, with its excess of money was perhaps not the beginning, but definitely the exacerbation of the consumerist mindset that is now rampant in today’s society. Television, like billboards, becomes another significant revolution, as there becomes a pool of engaged viewers, who can be tracked and targeted based on what they watch and when. 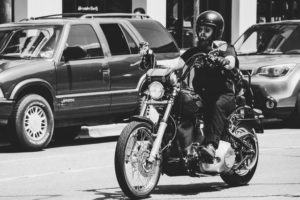 These techniques are still being used in advertising today, even though agencies are spending the most money on digital advertisements, rather than billboard, print, or television ads. But with the internet came a whole slew of necessary changes in advertising. Namely, marketers began to see an increasingly disengaged, disinterested audience, who were quickly becoming immune to any traditional marketing strategy. Information ads were not being read, the basic display ad was being ignored.

While it presented many new challenges for ad firms, the internet also provided new tools.

Now advertisements are all about catching the consumer’s attention long enough to get them to a company webpage. Catering to what some consider to be the most self-centered generation ever, marketers focus on personalizing ads, and making them hyper-relevant, even to the point of filling display ads with products the consumer has recently viewed on an ecommerce website. Not only was this not possible in the early days of advertising, it would have been considered too personal and invasive. Now, it is considered necessary in order to capture the attention of today’s consumer.

How advertising has changed! (And didn’t they used to look so much more attractive?)

Viral advertising: what’s it all about?

Freelancing: not as easy as it looks
Scroll to top /n/r/n/r