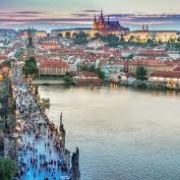 The shy sun makes its short appearance in this Tuesday cloudy morning.
“I quit coffee a while ago” João says while enjoying his morning black tea.
“Things change” he argues, “we’re on constant evolution”.
João is Copywriter Collective’s most recent slogan competition winner with the entry you have our word, a beautifully executed word play that solidly evokes the idea of promise and expresses – almost from a literal point of view – what CC’s clients expect and will be provided with: words. And isn’t that what brands and businesses need from copywriting – the trustworthy deliverance of meaningful elements of speech or writing that convey a certain message effectively and adequately? You have our word was the most voted of 8 excellent finalists that generated hundreds of likes from our Facebook community of followers.
Our winner grew up in Lisbon, the younger of two brothers that were “constantly fighting for the same things”. Both parents lived through what – some might say – was the biggest cultural and political revolution in Portugal, when in 1974 the regime fell at the hands of the people.
And that most certainly influenced his upbringing – being in the midst of revolutionary echoes of time on the 80’s and 90’s in the most Western country of Europe meant being surrounded by a constant feeling of discovery, in technology, the first steps of the World Wide Web, music, travelling and others.
João studied Informatics at first, strongly influenced by his father, but soon realized it was too abstract for him. He moved into Social Sciences, something he felt way more comfortable with. In fact, words were always his best gift perhaps, but he was equally interested in visual representations.
Drawn between these two worlds, he spent most of his university time writing scripts, taglines and texts and, at the same time, shooting movies, making designs, messing up with the super promising (and now practically extinct) Flash and playing with other visual tools.
It was around 2006 that he went on an adventure that would set the tone for the years to come. With solely a backpack and 4 good friends, he embarked in a journey to discover Europe. In a full month he went to more than 6 countries. It was such an addictive experience he repeated it the following year.
This motivated João to keep on exploring even more and, besides Lisbon, he has now lived and worked in Helsinki, Amsterdam and, most recently, Prague. Throughout this time, he has dedicated his professional focus to advertising and had the chance to change the fate of global brands such as Fiat, Samsung, MTV or Škoda, to name a few.
Recently considered as one of the top 10 most promising creatives of the Netherlands by the newspaper Het Parool, his peers highlight the ability he has to combine a strong strategic mindset with natural creative thinking capacity. His executions come in clear and crisp copy, turning complex concepts and ideas into powerful communication messages.
A creative lateral thinker and modern copywriter with a strong strategic mindset, capable of working on the full media spectrum but keeping in mind that digital and mobile are undoubtedly the starting / key points of any advertising campaign.
He believes brands have the power to change behaviors, attitudes and social dynamics to some extent, and he is committed to use that brand potential to cause a positive impact, locally or globally.
When he’s not working he’s devouring documentaries, searching for hidden-gem restaurants, travelling the world, thinking up of new quirky business ideas and suffering for his beloved hometown club Sport Lisboa e Benfica.
2015 is here and João shows reservation on what’s about to come.
He guarantees though that he wants to “continue inspiring people, whenever possible.”
Find him on Twitter or Linkedin and say hello

Struggling With Your Website Copywriting? Try The Iceberg Theory
Scroll to top /n/r/n/r