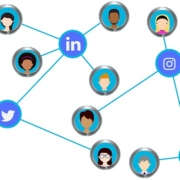 Successful networking is a blend of strategic planning and serendipity. You can maximise the opportunities available to you when meeting new people by following these 7 handy tips.

1. Create a target list of the people you want to meet

Before you arrive at the event, spending some time in advance to research the other attendees and determine who you would like to meet can be hugely beneficial. It allows you to identify specific people who may be able to provide value to you, or that you may be able to help. It also saves time by eliminating the need to blindly introduce yourself to people and determine if there is a synergy. It’s a good idea to save this list to your smartphone along with photographs of the people you want to meet (these can be easily sourced from LinkedIn, Twitter or a personal website)

Preparing this list will arm you with powerful conversation ammunition – entering into a dialogue with someone when you already know their name and some basic information (where they work and their interests) is a powerful way to grab someone’s attention by appealing to their ego. It also makes the introduction process and starting the conversation much easier.

Get Invited enables event organisers to publicise attendee lists on their registration page so have a look out for this when you’re buying your ticket.

While having a target list of people you want to meet is a solid strategy, you should also allow time for chance encounters too. Sometimes the most valuable contacts you will make are by serendipity and these are usually not the people you would have ever included on your target list. Sometimes it’s the lawyer or accountant that is good friends with your ideal customer and more than happy to connect you. 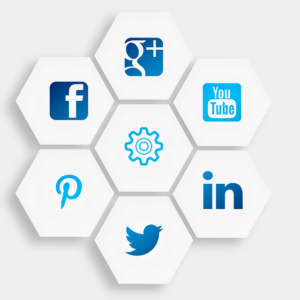 Most events have a dedicated period for networking at the beginning so you won’t want to miss this valuable opportunity. It’s also the period where the least connections have been made in the room, groups haven’t formed yet and so attendees are much more open to connecting with new people.

Arriving at an event later, when the room is in full swing and everyone is engaged in conversation can be very intimating and it takes a lot more skill to manoeuvre into conversations in this environment.

4. Meet as many people as possible

Networking is a volume game and it can take several introductions to find the most valuable contacts for you. You should aim to make as many connections as possible and leave conversations with no synergy as quickly as possible. It’s not rude – you’re just maximising the value you can obtain from the limited time you have.

Always leave conversations politely, there is a common understanding that when you say you need to visit the bathroom, go outside for a smoke or grab another drink from the bar that the conversation is ending. If you’re at a professional networking event, ask for a business card – it’s protocol that this is a signal the conversation is closing. If you see someone else nearby who’s looking for an opening, invite them over and then politely excuse yourself which removes any discomfort for the other person you are leaving.

If someone does this to you, don’t take offence – they simply want to meet with other people who may present a better synergy with their objectives and you should do the same. Definitely don’t follow them to the bar, or even worse – the bathroom. If the person is genuinely interested in keeping the conversation going, they will invite you to the bar to grab a drink with them (but perhaps not to the bathroom!).

Even if you’re having the most interesting conversation, don’t spend the whole evening chatting with a single person – you can (and should) follow up over coffee and use the time to make more connections.

Initiating and engaging in conversation with a room full of people you don’t know isn’t easy, you need to be assertive when starting or joining existing conversations. The good news is, that meeting people at a networking event, where people come to meet other people is one of the easiest places to strike up a conversation. A brief hello and name exchange followed by asking what the other person does for a living will get any conversation started.

You can use body language to gauge whether it’s a good idea or not to join an existing conversation. If two people are chatting and maintaining a casual, open stance (a good indicator is a foot pointing away from the other person) then they’re not engaged in an intense discussion and there is room for you to join in.

What you don’t want to do is try and enter a conversation where two people are deeply engrossed in conversation – you will likely feel excluded after the initial introduction as they continue with their discussion. The same dynamics work in a group, look for groups that have an opening, don’t make yourself uncomfortable by trying to force your way into a closed group.

Be aware of your surroundings and keep other people outside the conversation in your peripheral awareness, if you see someone who wants to join a conversation you’re involved in, then use body language or friendly eye contact to gesture to them and then make them feel welcome – shift the focus of the conversation to them by asking them questions. Continuing on with your existing conversation, excluding the new person is incredibly rude and unprofessional.

You should always, always follow up with people, bring business cards and get cards from other people then add them to LinkedIn or whichever social network you prefer. Even if you established little synergy you just never know when that person may be of value to you or when you may be able to help them.

Don’t send a generic ‘contact request’ message – customise this with a short sentence or two referencing where you met and the conversation so they remember you. “It was great meeting you last night at the networking event, I really enjoyed our conversation on venture capital in New York”. You can also include any agreed call to action in this message, such as an introduction they offered to facilitate – “I would really appreciate it if you could facilitate that introduction to Steve Turner from Apple”

Meeting lots of people in a short space of time makes it very difficult to remember, so a message like this will provide a reference point for you too.

What techniques work for you when meeting new people at an event?

About the author: Kyle Gawley

Kyle is a highly driven entrepreneur who’s passionate about helping others to succeed. He is the CEO and Co-Founder at Get Invited – a social ticketing service which has hosted events across the US, UK and Europe, including the world’s largest startup conference – LAUNCH Festival in San Francisco. He’s also a digital consulting, helping small businesses to grow their online presence.

This article was first published by Kyle Gawley

How to Deliver the Perfect Pitch