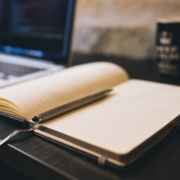 Did you know that some great writers like Fitzgerald and Joseph Heller were copywriters before they became famous novelists? 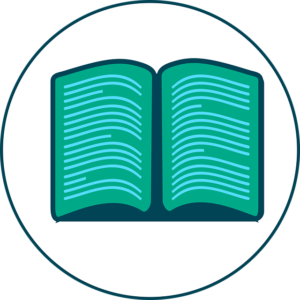 Use the storytelling techniques in this article to help you write great copy.

Quick: What do F. Scott Fitzgerald, Salman Rushdie, and Joseph Heller have in common? Yes, they’re all renowned novelists. But would you have guessed that, before they were novelists, they were all copywriters?

While they may not credit their time spent in advertising as the foundation of their literary skill set, it’s undeniable that it had some influence on their writing styles.

As a writer, copywriting forces you to do three things:

Beyond making you a better writer, learning copywriting also comes in handy when it’s time to implement some of the strategies Jeff recommends the most on this site, such as building your tribe, creating an email list, and learning how to effectively market to that email list.

In this post, we’re going to explore four copywriting techniques/tips that can also make a world of difference in your creative writing. Let’s get started. 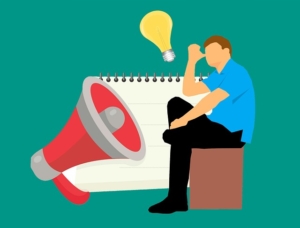 The biggest problems I’ve seen over and over for creative writers — whether you’re writing a short story, a novel, a memoir, or anything else—are terms like “inspiration,” “writer’s block,” and “creativity.”

If you have not signed a publishing contract saying you will have a certain number of words complete by a certain date, the only deadline you might have is one you’ve given yourself — a deadline the aforementioned three words have a bad habit of pushing back.

Could just one more week of revisions improve your project? Perhaps. But you know what the best kind of story is? The kind that actually gets read, because the writer finished it.

Let’s bring this full circle, all the way back to another one of my favorite pieces of advice from Mr. Joseph Sugarman:

The best copywriters in the world are those who are curious about life, read a great deal, have many hobbies, like to travel, have a variety of skills, get bored and then look for other skills to master.

Guess what? Those are the exact same habits you’ll find in the vast majority of great writers. The best part? You don’t have to born with a single one of those habits to possess any of them.

Need to get more curious about life? Ask questions. Listen closely. Dig deep beneath the surface of everyday life.

Need to read more? Try one of these five strategies.

Need a new hobby? There are about 18 million how-to videos on YouTube on any subject you can imagine. Pick something and give it a shot. Learn to fly fish. Cook a bowl of beef pho. Start a vegetable garden. 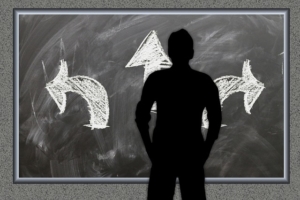 Wish you could travel more? Don’t let time or money slow you down. I once drove 70 miles down I-24 east because there was a tiny town called Bucksnort and I wanted to find out why it was called that. I ended up eating lunch at an antique pinball museum.

I wrote a story about it that I later used as a writing sample to get my first job as a professional writer. All that trip cost me was a couple hours and a quarter tank of gas.

The tiny details are the ones that bring the story to life. They are what allow you to show instead of tell. To illustrate this technique, let’s pay another visit to our friend, Mr. David Ogilvy.

While writing an ad for Rolls-Royce, Ogilvy spent three weeks doing nothing more than reading about the car.

That research process, although tedious, allowed him to find the one magic detail he needed to craft a headline that has lived on in advertising lore ever since:

At 60 miles an hour, the loudest noise in this new Rolls-Royce comes from the electric clock.

As Ogilvy said, “(The ad) ran in two newspapers and two magazines, at a cost of $25,000. The following year, Ford based their multimillion dollar campaign on the claim that their car was even quieter than a Rolls.”

Tell me, do any of the following statements communicate as effectively as the original headline?

Nothing compares. And so it goes with storytelling. The underwater mass of Hemingway’s iceberg only becomes clear when the tiny details provide shreds of evidence that it might exist.

What’s a swipe file? Nothing more than a collection of thoughts, ideas, useful information, and things you like. Basically, it’s what you open when you need an idea.

Now, let’s stop for a second because I know what you’re thinking:This guy wants me to steal other people’s ideas and pass them off as my own? Not at all. Let me explain.

The idea of a swipe file is very similar to an idea Roy Peter Clark introduces in Writing Tools, one of the most useful books on writing ever written. What we copywriters call a swipe file, Clark calls “saving string.”

I will be struck by a theme or issue in politics or culture… I lack the time and knowledge to write about this topic now, but maybe I will someday. My chances will improve if I begin to save string.

What Clark means by “saving string” is that he will collect every little piece of useful knowledge about a particular topic he stumbles upon and set it aside in a file box.

Yann Martel used a similar method when he wrote Life of Pi. He would collect all sorts of information on various topics useful to his story, such as surviving at sea, the Bengal tiger, Christianity, Hinduism, the nature of zoos, and put that information into a corresponding envelope.

When he reached the point in the story where he needed to write about one of those topics, he opened the envelope and was rewarded with all the “string” he had saved.

Never underestimate the power of a well-researched story. While the tiny details may bring it to life, the research ensures all those details make sense.

Start a swipe file. Save some string. In the long run, it always pays off.

These four copywriting tips are just the beginning. Truth is, there’s so much more to be learned about storytelling and the writing process from writing words designed to sell or inspire action.

And although copywriting is not immune from hucksters who — like Sith lords using the dark side of the force — harness its power for evil, its purest purpose is to connect people to resources that will add value to their lives.

There’s a lot to be learned from copywriting. Now’s the time to dive in headfirst.

Where are you going to start? Share in the comments.

About the author: Will Hoekenga

I’m a full-time copywriter for the awesome folks at LeadPages, which is seriously the best landing page creation and online lead-gen tool out there (trust me..I was a customer before I became part of the team).

The golden rule to writing great headlines for your sales letters