My father paid for an advertising school in Paris in 1980 because he had a B2B marketing business and he wanted me to work for him. I was heavily into punk at the time (still am) going back and forth between Paris and London to see bands and be part of the general mayhem punk had created in the late 70s. I was also publishing my own fanzine.

When I started working at major advertising agencies as a copywriter, my father was not too pleased. His plan for recruiting me had failed. I started at Havas and then J. Walter Thompson as a transcreator where I met one of my heroes David Bailey. When I was made redundant I left for London to work on the Guinness Pan-African account. I would work as a freelancer for Guinness on and off for the next 18 years.

My first day nearly didn’t happen though. I got robbed at my B&B. Everything was gone including my ID. That morning with zero money in my pocket, I walked from Earl’s Court to Regent St to the agency. They gave me £300 in cash that I kept in a plastic bag even in the shower. I was stuck in London, there was no way I was going back to Paris. That was 37 years ago.

Since then I have worked with the most famous creative agencies in the world from BBH to W+K. In 1990 I co-founded World Writers, the first transcreation agency in London. We landed the Nike account and their first pan-European campaign. Campaign Magazine published my ads. I also worked on all BBH global accounts with John Hegarty including Levi’s. Then I was made redundant, again. 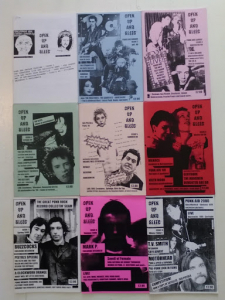 Then disaster struck. I lost the Adidas account, I was burnt out, I separated, I had two young children, went through a mental breakdown, two cancers. It took 10 years off my life.

When I made a comeback, the advertising landscape had totally changed. No more traditional media, digital had taken over. I struggled to get work. However, thanks to Copywriter Collective as a freelancer I am able to get a lot of work alongside my other clients. Sandra is actually the coolest person to work with. It makes a change from cranky clients I sometimes have to deal with!  In recent years I have worked for AWS, Baileys, Dove, Innocent, Kronenbourg 1664, LinkedIn, Photobox, Unilever, Weleda and many more. 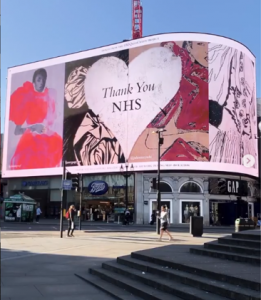 Actually, I’ve never been busier this year despite Covid19. My daughter is now starting in advertising as an AD. London is the most creative city in the world I reckon and I’m never bored of living here. My life is still between London and Paris, where I also work as a freelancer. I’m still really excited by copywriting and advertising. And punk rock.