I live in London, UK.

Dave has an expansive, yet intimate command of the media landscape – from two-second social through to two-hour movie – and has a passion for conceiving, writing and executing wholly original ideas and stories.

He is as adept at defining brand problems and strategies as he is driven to find potent creative solutions.

He is a writer, first and foremost, but has a background in Art Direction and a wealth of experience directing teams, overseeing shoots and executing work across a spectrum of channels.

While in Australia, he co-founded The Glue Society, an independent creative company, designed to allow advertising, film, TV and art-based interests to coexist and coalesce.

He has also directed several commercials and is a Writer/Exec Producer on the feature film ‘Reverse’, currently in pre-production with Academy Award Nominated Director, Sean Ellis. 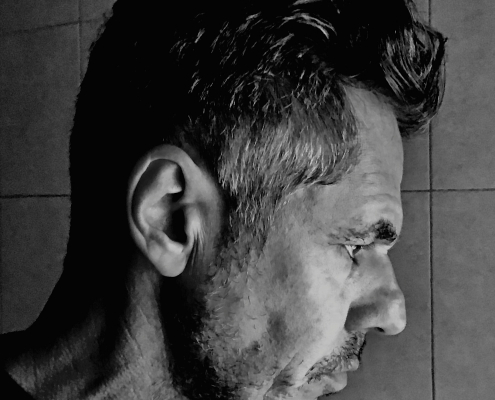 Want to see more English copywriters like Dave? Here are some suggestions:

Hire Dave, one of the best copywriters in UK

Reliable English copywriters like Dave are hard to find in London. And when you do find one, you don’t tell anyone about them, because everyone will want to use them and they won’t have time for you. So let’s keep this between us.

Dave is available for work onsite in UK or online for clients anywhere in the world. For fast-paced short projects or long slog, long-term contracts. He is particularly experienced in industries like Entertainment, Storytelling and FMCG, but can also turn their hand to any media type in any sector.

If you still want more options, visit this page English copywriters to see copywriters with a similar profile to Dave.

Don’t find what you’re looking for?

Click ‘Contact Us’ to send a message to one of our agents and we will search our extensive database to find the writer who’s right for you.